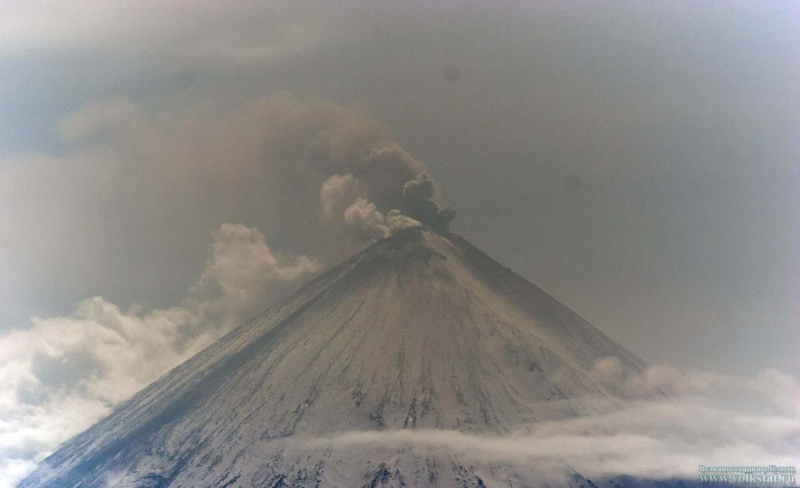 Volcano Klyuchevskaya Sopka threw a powerful column of ash, reports Kamchatka branch of the geophysical service RAS. The blowout occurred on Tuesday in the morning local time. The volcano threw a column of ash to a height of 7 km.

Now, according to weather satellites, the ash plume has stretched to South-East of Klyuchevskaya. Ash falls in the settlements of the region fixed. The eruption started in early April, since then the volcano repeatedly ejected from the crater many kilometers pillars ash noted a gush of lava which flowed along the South-Eastern the hill Klyuchevskaya.