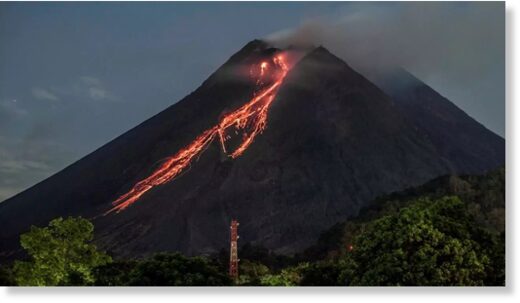 Mount Merapi in Indonesia, one of the most active volcanoes in the world, spewed fiery red lava.

A volcano near the cultural capital of Indonesia, Yogyakarta on the island of Java, has already spewed lava nearly two dozen times in the past two days and has caused hundreds of small volcanic earthquakes, according to a report by the Indonesian Geological Agency.