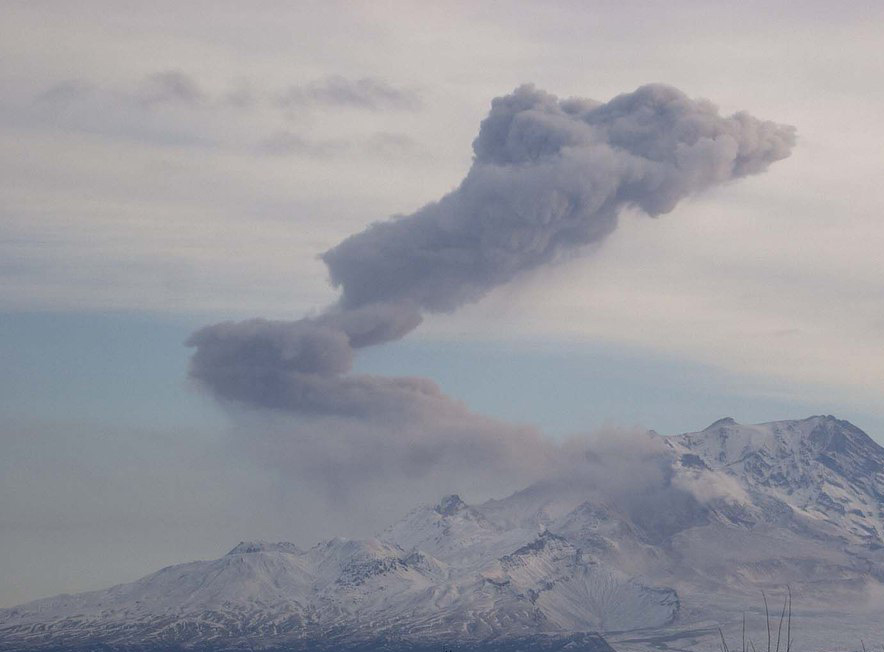 Volcano Shiveluch on Kamchatka threw a column of ash to 11 thousand meters above sea level, the press service of EMERCOM in Kamchatskiy Krai.

According to satellite data of the Kamchatka group volcanic eruption response (KVERT), on the morning of 10 December, the Shiveluch volcano was recorded ash plume. The height of ash emissions amounted to 11 thousand meters above sea level. The volcano height of 3.2 thousand meters, — stated in the message.

According to the Agency, the release occurred on Saturday morning, an ash plume has spread to 106 kilometers North-North-East from the volcano towards the Gulf Ozernovsky. Clarifies that the spread of ash plume localities no. The deposition of ash in the settlements of the Kamchatka territory is also not fixed.