Volcanoes can destroy a colony of penguins on the island zavadovskiy 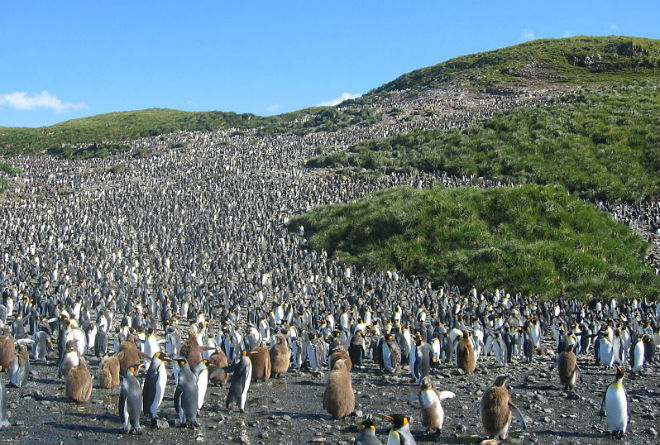 The eruption of volcanoes Kerry and Surabaya on the island of Zavadovsky (South sandwich Islands) under the threat of death was more than a million penguins, warns the British Antarctic service.

The volcano Kerry intensified in March this year. The giant became even more violent after the earthquake of magnitude 7.2 that occurred last month. The wind carries the plume of ash and smoke from the mountain in the Eastern part of the island Zavadovsky, where a large number of penguins live. Volcanic sediments covered from one third to one half of the island. Due to moulting penguins are unable to leave the island to escape from the negative effects of ash.

Currently, as evidenced by satellite images, “can’t sleep” another volcano — Surabaya on the island of Bristol. Its eruption exacerbates the already deplorable situation.

In the near future to assess the impact of eruptions on the Antarctic birds to the archipelago will leave a group of experts from the British Antarctic service. According to ecologist Mike Dunn, the consequences can be very serious.

Zavadovskiy island is part of the British overseas territory of South Georgia and the South sandwich Islands.