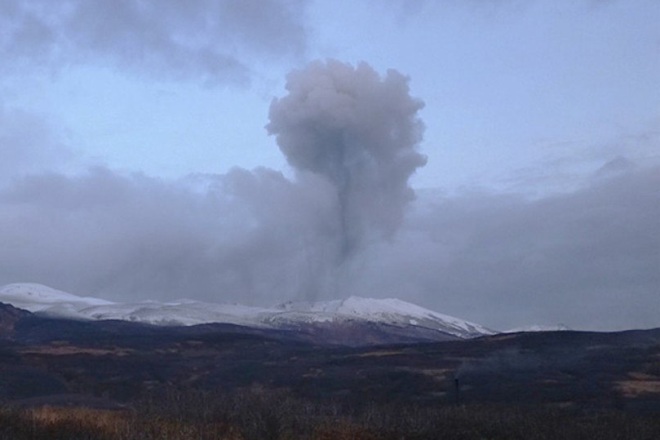 On the Kuril volcano of Ebeko there was the next eruption to emission of ashes on height of 1500 meters — the press service of the Far East center Ministry of Emergency Situations reports.

Eruption on a volcano has been registered last Sunday and was followed by emission of a peplovy column on height of 1500 meters above sea level. Observation of a volcano is complicated because of poor visibility.

Has carried the Peplovy loop wind to the northeast of a volcano. Settlements on the way of his distribution are absent, isn’t recorded ashfalls. There is no threat for life and health of the population.

Vulcan has woken up on October 20 the current year after four years of calm. Besides, peplovy emissions on Ebeko happened on November 12 and 13. In 2-3 weeks the experts watching Ebeko plan to make an expedition to a volcano.

Vulcan Ebeko is located on the island Paramushir in a northern part of the ridge of Vernadsky, in 7 kilometers to the northwest from the city of North Kurilsk.