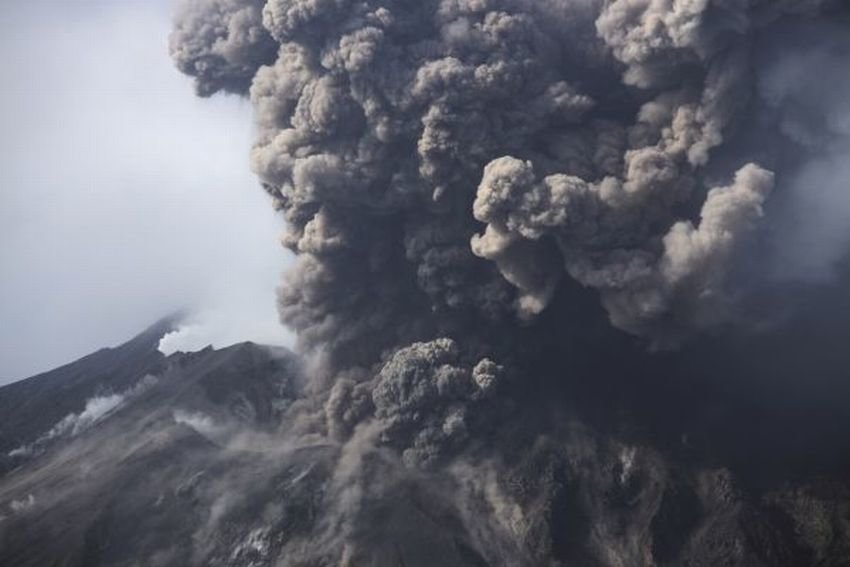 Klyuchevskoy a volcano on Kamchatka which eruption according to the yesterday’s statement of scientists came to the end threw out a column of ashes 6 km high above sea level, reported in the Kamchatka branch of Geophysical service RAS.

“Peplovy emission on Klyuchevsky happened on Thursday morning local time. About its height it is possible to judge by satellite data”, – the representative of RAS told.

He noted that the peplovy loop was stretched to the West from the Klyuchevsky volcano.

“In recent days on Klyuchevsky the considerable thermal anomaly is observed, and on Wednesday on it volcanic trembling began to grow. It is not necessary to speak about completion of eruption of Klyuchevskaya Sopka”, – told a geophysics.

In turn in the Ministry of Emergency Situations of Russia of Kamchatka Krai reported to the agency that ashfalls in settlements of the region are not registered.

As it was reported, activity of the Klyuchevsky volcano which was thrown up since April decreased at the beginning of November. The last time a peplovy loop from Klyuchevskaya Sopka was observed on November 4, from the same number temperature anomaly on a volcano decreased. Then volcanists said what Klyuchevsky, perhaps, stopped, but with confidence did not undertake to declare it.

Klyuchevskaya Sopka (Klyuchevskoy a volcano) – acting стратовулкан in the east of Kamchatka, its height makes 4,85 thousand meters. The volcano is in 360 km from Petropavlovsk-Kamchatsky. Klyuchevskoy is one of the highest fissile volcanoes in Eurasia. The next settlements from the Klyuchevsky volcano – settlements Keys and Kozyrevsk of the Ust-Kamchatsky area, are located from it approximately in 45 km. The volcanic eruption of Klyuchevskaya on Kamchatka began on April 3.