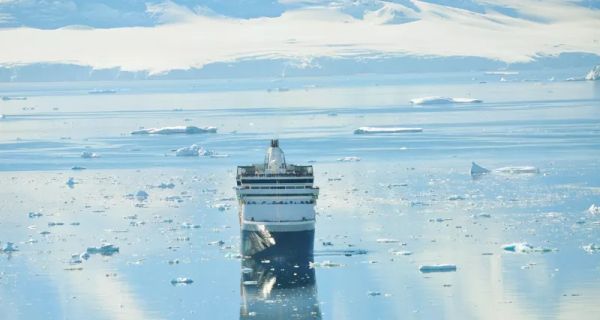 The underwater channels were deeper than scientists thought, which means that the glacier in West Antarctica may melt much faster.

New seabed charts have provided a clear understanding of the channel system for the first time that could accelerate the melting of the Thwaites Glacier in West Antarctica. The researchers found that the channels are deeper and more complex than previously thought. It is possible that warm ocean water flows through them and reaches the bottom of the glacier, melting it.

Scientists estimate that melt water from the Thwaites Glacier was responsible for four percent of the rise in sea levels. The complete collapse of the glacier, which some researchers estimate may occur over the next few decades, will raise ocean levels by about 65 centimeters.

Glaciers are kept from sliding into the ocean by the ice shelves that protrude from the bottom, as well as by the shape of the seabed itself, which inhibits the movement of ice. But in two new studies, published in The Cryosphere, scientists have described how relatively warm ocean waters can reach the base of the Thwaites Glacier and melt it from below.

The channels in the seabed, several hundred meters deep and extending for several kilometers, do not impede the flow of water due to their size. In the upper part, warm water can flow, and cold water can be discharged along the bottom, as is often the case in the seas. 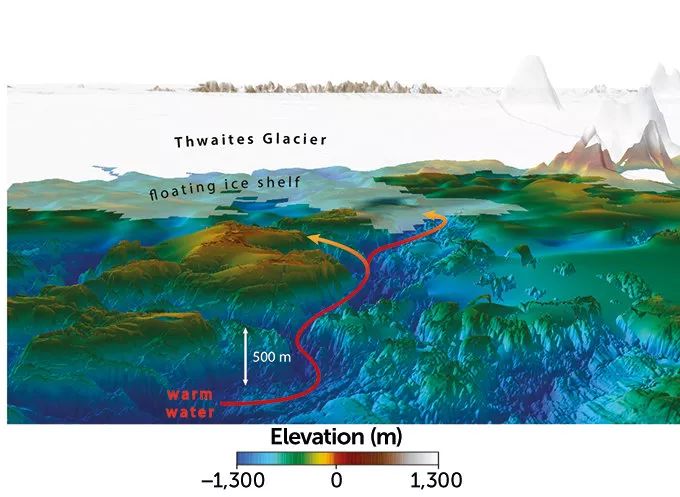 To compile the map, the researchers used a variety of onboard and shipborne methods, including radar and sonar. Based on this data, the team of scientists was able to assess how the seabed is formed under the ice.

As a result, many high ridges and depressions with a depth of 250 to 1000 meters were found at the bottom. And one of the large canals, more than 800 meters deep, can supply warm water from Pine Island Bay to the flooded edge of the glacier.