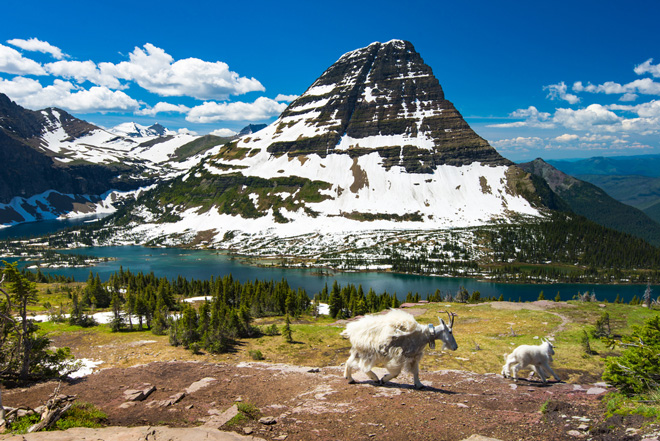 According to data published by the US Geological Survey (USGS) and the Portland State University, since 1966, under the influence of climate warming, the size of 39 glaciers in the US state of Montana has drastically decreased.

On average, glaciers declined by 39%, some by 85%, and only 26 glaciers are now more than 4 hectares, which is used as a criterion for the stability of the glacier.

The data includes scientific information on 37 registered glaciers in the Glacier National Park and two glaciers on the lands of the US Forest Service. The retreat of glaciers in Montana is reflected in tourism and is a visual indicator of changes in mountain ecosystems in the northern Rockies.

“The loss of ice throughout the park can have an environmental impact on aquatic species, changing the volume of runoff, their temperature and the rise to a height,” said Dr. Daniel Fagre, a leading USGS scientist.

“Glaciers in the mountain ranges in the US and around the world are shrinking over the decades. Although the reduction in Montana is more serious than in some other areas of the US, it corresponds to global trends, “explained geologist Andrew Fontain.

Scientists used digital maps obtained with aerial photography and satellites to measure glacier perimeters at the end of summer, when seasonal snow melted to reveal the extent of the ice. These data refer to 1966, 1998, 2005 and 2015/2016 and show the change in the area of ​​glaciers in half a century.

Also for several years there were expeditions to glaciers to explore areas covered with rock fragments that are difficult to see with the help of digital images. The measured measurements supplement ground-based surveys using GPS along with a re-survey, which involves reshaping historical photographs of glaciers made at the beginning of the last century, when Glacier National Park numbered 150 glaciers larger than 4 hectares.

“Tracking these small alpine glaciers played an important role in describing the impact of climate change on the National Park and its management,” said Lisa McKeon, who documented changes in the glacier since 1997.

The information obtained is part of a larger and more ongoing USGS study on glaciers in the states of Montana, Alaska and Washington to document mass balance measurements that assess, increase or decrease the total amount of ice on a particular glacier. This information helps scientists understand the impact of large-scale climatic processes on glaciers in completely different mountain conditions.