Water whirlwind in the Italian resort of San Remo 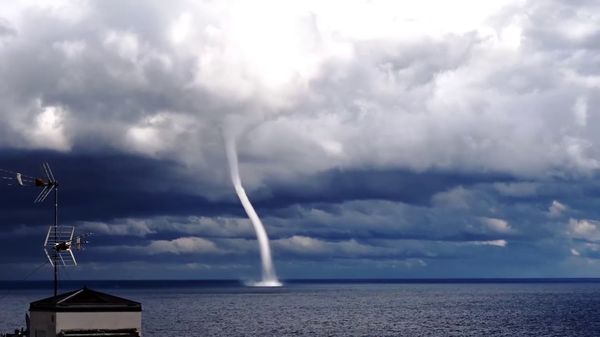 On the Italian resort town of San Remo collapsed water tornado. The video of the disaster was published on YouTube.

The whirlwind formed in the sea near the coast of the resort, and then reached the city itself.

According to ANSA, the tornado caused considerable damage to the resort: shop windows were destroyed, vehicles, roofs of houses, and electric cables were damaged.

As a result of the disaster, three people were injured, La Stampa writes. All of them received minor injuries.