Waterspout observed off the coast of New Zealand 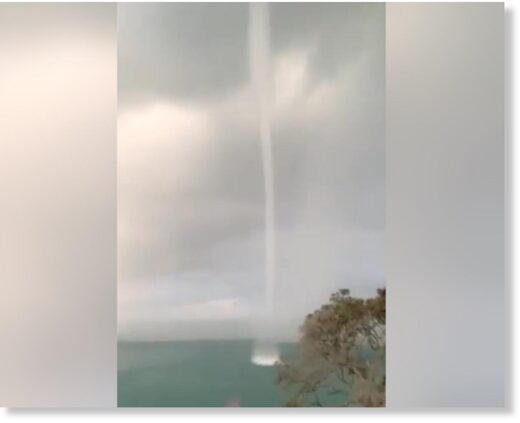 Waterspouts were spotted in Napier during severe thunderstorms that hit the North Island.

Amy Whiting spotted a waterspout – a funnel shaped like a tornado – while on Emerson Street in the city’s CBD, calling it “pretty crazy.”

Meteorologists say the tornado was caused by a low-pressure system crossing the North Island.

Forecasters said that rains, heavy thunderstorms and hail from the Tasman Sea will hit the region during the day and is likely to last until midnight.