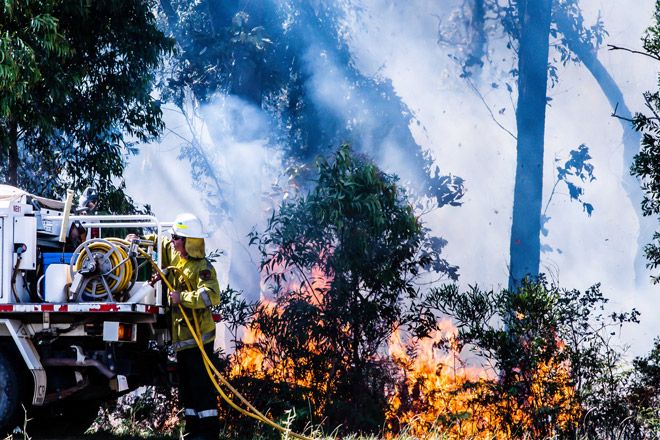 On Saturday, the eastern coast of Australia covered a wave of heat that caused forest fires. Visitors to the national park south of Sydney, trapped in the fiery element, were urgently evacuated.

Firefighters in New South Wales reported that they escorted 200 people to a safe place from Wattamollah to Bandin on Saturday evening, when two fires raged south of Sydney. The local fire service previously issued an emergency warning for visitors to the Royal National Park. The flames threatened the main access road to a popular tourist place called Wedding Cake Rock.

“Aviation was involved in extinguishing fires, warnings were sent to mobile phones of all people in the area. Firefighters, police, rescuers and park staff are working with people on beaches in the Royal National Park to help them leave the danger zone by water or land transport, “service officials said.

According to local media, the park was filled with visitors and closed shortly before noon due to the lack of free parking spaces.

On Saturday, several natural fires broke out in New South Wales. In some areas, the air temperature rose above 39 degrees, when the heat wave covered the eastern states. Earlier the meteorological office issued a warning about fire-dangerous weather.

On Friday, the heat hit the southeastern state of Victoria, where the Australian Open tennis tournament is taking place.