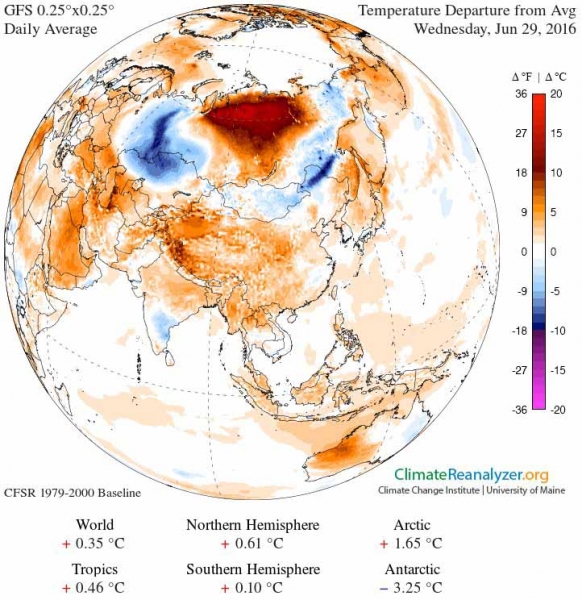 Cold weather noted in these summer days, in the Urals, Western and Eastern Siberia. While the middle — Central Siberia — established 30-degree heat. Why?

Over North-Central Siberia have developed a high anticyclone, which led to macro-scale violation of the habitual forms of atmospheric circulation. Skirting the blocking anticyclone, zonal air flow has undergone severe disturbance, resulted in the meridional components of the transfer. Moving West, the cyclones have changed their typical trajectory. In lower latitudes have a region of low atmospheric pressure. As a result, the form of the atmospheric circulation taken shape of the Greek letter omega (Ω). In meteorology this process is called omega-blocking. 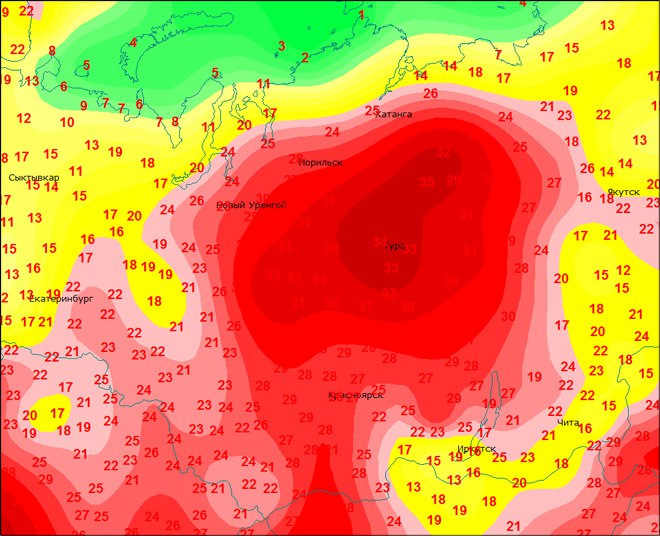 The result of the block came a cascade of major weather anomalies with different signs in adjacent areas. In particular, in the Urals and in Transbaikalia damp and cold — a lot of rain falls, while the temperature does not exceed +15 degrees. And in the North of Central Siberia, on the contrary, there is drought, heat and fires.

How long will the omega block? This process usually lasts 7-10 days. Then the block is destroyed, and the atmosphere is restored to the usual westerly flow. But history knows many examples when the blocking continued for several weeks, as for example, in the summer of 2010 in the EPR. Then it led to drought and fires in Central Russia. For this reason, the past two season in the Urals was not summer.

How events will unfold this year? The big question. The atmosphere lifts the veil of mystery only for 7-10 days. During this period, likely the weakening of the atmospheric block, which will lead to smoothing of the anomalies. But then the omega lock to restore. Because in some areas of Siberia drought and fires have become the scale of the disaster, all concerned bodies should pay attention to it. For example, in the Tour for June fell only 17 % of the monthly norm of precipitation, whereas the temperature 4 degrees higher than the average perennial. On 28 June, the temperature in the capital of Evenkia was in Cairo (+33)!