Weather forecasters advise to take medications due to abnormal thaw 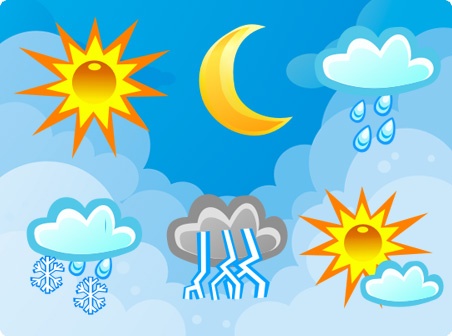 A sharp increase in temperature waiting for the Russians this weekend. To replace strong frosts will come of anomalous warming, and in some regions the thermometer will shoot up by 20 degrees in just one day. This was announced by head of the laboratory of the hydrometeorological center of the Russian Federation Lyudmila Parshina.

Today in the center of the European territory is noticeably warmer. By the evening in Moscow the temperature will rise to minus 10 degrees. And closer to Sunday, the street will be minus 1-3. After the 25-degree frosts will come true thaw, the temperature will be 7 degrees above climatic norm.

The reason for this sudden change of weather wave cyclone moving to the center from the Northwest. He goes through Moscow and move South. His warm atmospheric fronts will bring not only an increase in temperature and heavy snowfall. The wind blows North, sometimes gusting up to 15 meters per second.

This temperature differential can adversely affect the health of many Russians. Among people poorly tolerate the changing weather, young children and those who suffer from chronic diseases of the cardiovascular, respiratory, and nervous systems. But subject to weather not only the elderly, but all weary from the everyday routine, exhausting work and bustle.

These days, the experts strongly suggest not to overload and to advance to stock up on the necessary medicines. High blood pressure, for example, drugs that lower blood pressure. As well as painkillers, these days can be very a headache.

As it turned out, strong winds are not very well tolerated by people with psycho-emotional disorders. Gusts of wind can cause them anxiety attacks and sleep disturbance. The sedative should begin to take now.

And this weekend, I must say, it’s quite windy. Especially in the North of European Russia and Northern Siberia, Yamal, Taimyr, Yakutia coast, the coast of the Chukotka Autonomous district, Sakhalin, the Kuril Islands and Kamchatka.

Server regions – Murmansk oblast, Arkhangelsk oblast, Yamal, Taimyr – stand in the way of the Atlantic cyclones. There will be snow and sometimes Blizzard. Warmer here: for example, in the Murmansk region at the weekend will be 0 – minus 5, in the Arkhangelsk region – to plus 1 degree. Possible sleet.

In the Nenets Autonomous district on the coast waiting for almost a Gale – up to 29 meters per second. Sunday – heavy snow, Blizzard. But the temperature is 0 or minus 5 degrees. Here is the weather ahead of climatic norm by 10-12 degrees. Even in the Komi Republic, which is famous for cold weather in these days is also a day minus 1-6. Again, with strong winds up to 17-22 meters per second.
In the North-Western regions – Leningrad, Pskov and Novgorod – almost no snow and is not expected this weekend. The temperature is minus 3-5 degrees.
In Karelia, too, the thaw to plus 1 degree. It may take a little snow.
Kaliningrad oblast stayed away from the cyclones, so there on the weekend be without rain. Temperature 0 – + 3 degrees.

Unstable weather in the South of the European territory. There will come the cold. On Saturday in the North Caucasus sleet is expected. On the black sea coast – rain. In some republics – North Ossetia, Kabardino-Balkaria, Ingushetia, Chechnya – in some areas, heavy snow and even a Blizzard.

Blizzard can also be in Kalmykia, Karachay-Cherkessia, Volgograd region. The night temperature on Saturday drops to minus 25-28 degrees.

A day in the Rostov and Volgograd regions – minus 2-7 degrees. On the black sea coast day minus 2-3 in district of Sochi to 7 degrees Celsius. In Anapa and Tuapse in the weekend will be freezing.

Ural. There’s a snow weather with snow, sometimes blizzards. Daytime temperatures of minus 5-10 degrees. It is not very cold.

In the North of Western Siberia are expected to be snow and a Blizzard. On Yamal in the Khanty-Mansiysk Autonomous Okrug gusts of wind up to 15-20 meters per second. But then the cold – about minus 15 degrees.
On the South of the Tyumen region, Omsk, Novosibirsk, Tomsk, Kemerovo areas and on Altai region, daytime temperatures will reach minus 10 to 17 degrees. And rain here a little.
In the Altai, where, because of the snowstorms was declared an emergency, the weather will improve. Precipitation will cease. Day – minus 2-19 degrees in the mountains to minus 22 degrees.

In the Irkutsk region at the weekend about minus 20 degrees. Night temperatures of up to 43 degrees. In Zabaykalsky Krai – minus 15-20 degrees during the day and minus 40 at night.

In the South the Far East frosty weather will change to snow. In the Khabarovsk territory light snow, minus 8-13 degrees. In the Amur region, about 15 degrees below zero.
On Sakhalin the sometimes heavy snow Saturday, Blizzard. In the Kuril Islands is also snow and strong winds. In the Magadan region at night to minus 52 degrees.