What distinguishes flood, flood and floods 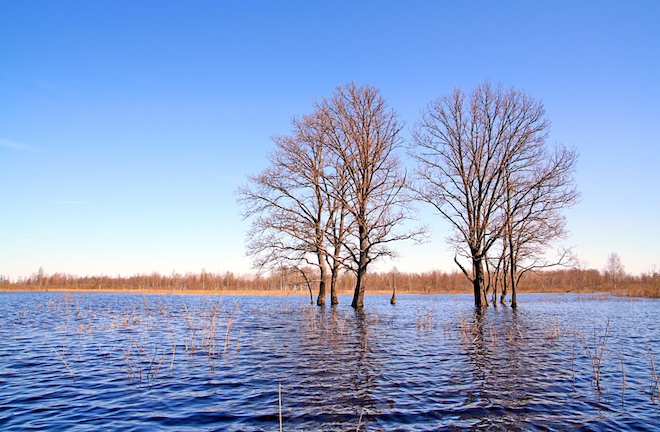 Spring – the time of natural disasters associated with rising water levels in rivers. But why in some reports use the word flood, in others – flood, and in the third – flood?

First of all, we will understand how the flood differs from the high water.

Flood is a seasonal phenomenon. This is the maximum water content of the river in a year, which is repeated at the same periods. For example, in the spring due to melting snow.

At high water, up to 80% of the annual river runoff usually occurs.

The opposite period, when the water level in the river is minimal, is called the low water level. The regularities of the alternation of high water and intereniges depend on the climatic features, the water regime and the type of feeding of the river.

Flooding is not a seasonal phenomenon and is not regular, which can happen at any time. For example, because of heavy rainfall. In the case of flood, the water level in the river rises sharply, unexpectedly and for a short time.

Spring high water is typical only for certain natural areas that occupy most of Russia. But somewhere in a different climate dictates its own rules. So, in the Far East in winter it is dry, and in summer it is humid. Accordingly, in rivers instead of snow prevalent rain type of food, and high water occurs in the summer season.

Flooding is a natural disaster, the consequences of rising water in a river, lake or sea. The reason for flooding the area as a result of flooding can be both flooding and high water.