What does a person feel when struck by lightning 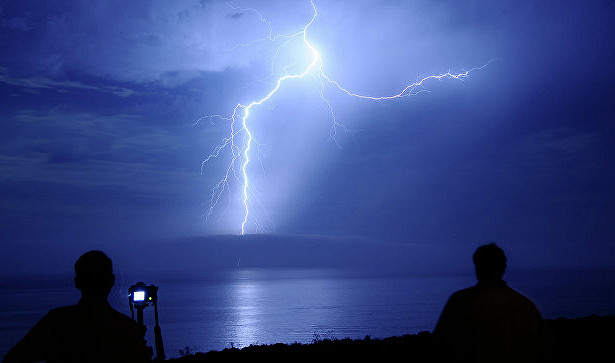 The survivor of lightning strike a teenager from the US shared his impressions of the incident on the air of Good Morning America on ABC.

On the eighth of August, 13-year-old Josiah Widman was walking with a friend in an Arizona park when he was struck by lightning. The blow threw the teenager almost three meters into the air and led to cardiac arrest. The boy could have died, but a man passing by ran up to him and made Josae an artificial heart massage, after which the ambulance took him. In addition to temporary cardiac arrest, the boy received fracture of the skull bones, concussion, burns on the leg and short-term memory loss.

“I woke up in the hospital three days later and thought that I just fell asleep, I did not even know that I stayed here for three days.” I remember only how hot it was, and then everything broke off, “said Josaya, commenting on the incident.
According to the teenager, his death was saved by a skateboard, which he held in his hand during a walk. Josaya is sure that the skateboard sent most of the charge to the ground. However, the mother of the victim believes that it was the skateboard that caused the accident, drawing electricity.

The charge of lightning is on average equivalent to about one billion joules – this energy is enough to power a 60-watt lamp for half a year. According to some estimates, about 90 percent of the victims of lightning strike survive, but most of them get burns and heart diseases that remain for life.