The United States of America is now experiencing a rather strange period of record low temperatures – even those regions where there should be no cold weather. Let’s try to figure out what caused such climate change and what to expect next.

January 1, 2019 in Anchorage, Alaska, was warmer than in Jacksonville, Florida. And then, on January 2, in Tallahassee, Florida, snow fell – for the first time in 28 years.

All this is due to the fact that the incredible weather of the Arctic has escaped from its atmospheric prison, in which most of the cold of the Earth is concentrated. After that, she headed south – to the central and eastern states of America. The weather in the country turned upside down.

Supercold air is usually “locked” in the Arctic in a polar vortex concentrated around the poles, in this case around the North Pole. When the whirlwind weakens, it resembles a dam collapse, but instead of water – cold air. 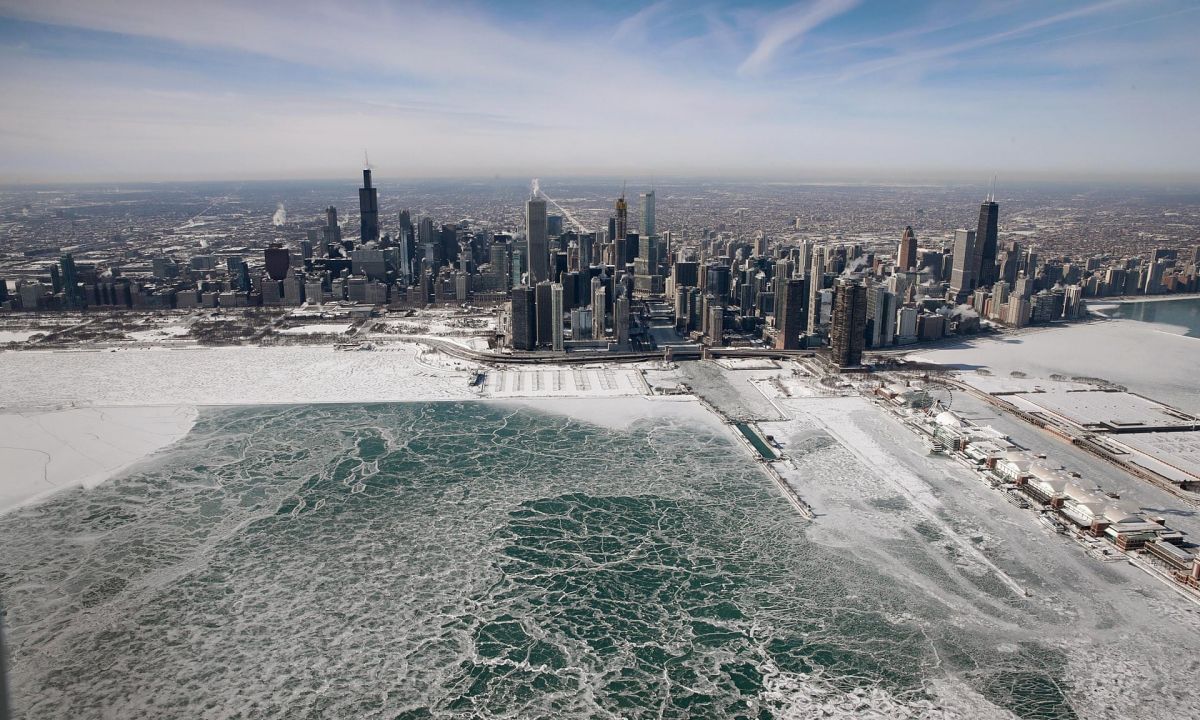 For the States, this is an unusual phenomenon, but rather not in terms of low temperatures, but a duration of cooling. According to the US National Oceanic and Atmospheric Administration, over the last week of December 2018, more than 1600 temperature records have been broken or achieved. For Omaha, for example, minus nine degrees Celsius marked the coldest beginning of the year since 1871. Nevertheless, the record was set on January 5, 1885: then the temperature dropped to minus 35 degrees.

Chicago, for example, was renamed “Chiberia” (from the English. Siberia and Chicago). The temperature in the city dropped below minus 30 degrees.

What to expect next? According to the meteorological service, an intense storm, which is part of the system, will intensify so quickly that it will become a “bomb cyclone”. In the event of such a phenomenon, the pressure in the center of the storm drops very quickly.

Meteorologists hope that the hurricane wind will remain at sea and suggest that the worst thing to expect is temperatures below zero on the East Coast of the United States.

What caused the polar vortex to move? This question is now a topic for heated debate among scholars. Most likely, the reason for the movement of the polar vortex is a mixture of climate change, provoked by man, and his natural variability. Climate change has not made the polar vortex more extreme, but, judging by research, because of global warming, the Arctic air can “descend” across the US territory further and for longer periods.

Of course, the question arises: how can it be so cold during global warming? To begin with, the Arctic air is still very cold, so that atmospheric changes that allow the air to move south will continue to provoke such a sharp drop in temperature. In addition, we should not confuse the weather – a regional phenomenon that lasts for several days or weeks – with the climate, which, in fact, determines the habitability of a particular area for many years. The weather with its frequent changes is similar to the human mood, and the climate rather resembles the personality of a person with its more or less well-established features and habits.