What is known about the most powerful hurricane Dorian over the past 30 years? 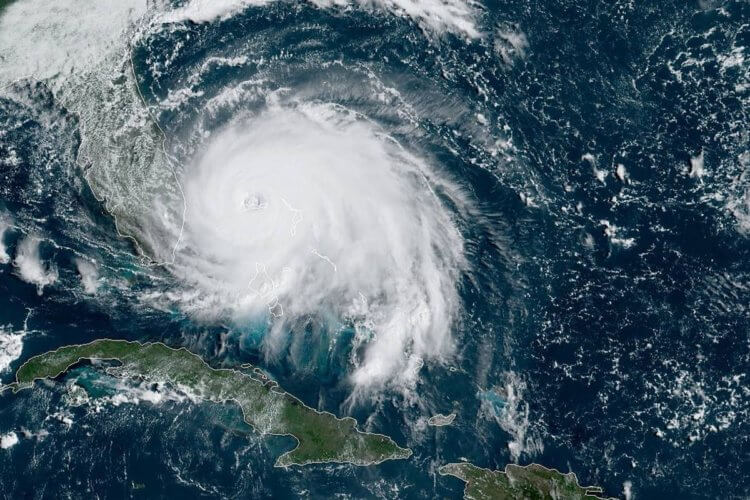 The summer of 2019 was remembered by us with numerous earthquakes and fires. Autumn has come, but nature does not cease to unpleasantly surprise us with various phenomena, which also bring destruction. So, on September 1, a hurricane called “Dorian” hit the northern part of the Bahamas, which is considered the most powerful in the United States in 30 years. According to rescuers, the islands suffered catastrophic damage, and the hurricane moves further toward the states of Florida, Georgia and South Carolina.

According to meteorological services, the speed of wind gusts reaches 300 kilometers per hour. According to American publications, the wind demolished the roofs of houses and broke trees. There is no exact data on the victims of the hurricane, but according to the Red Cross, the hurricane has already damaged more than 13 thousand houses. There are also reports of a dead boy of seven years and an elderly man, but this information is unofficial.

The strongest hurricane in 30 years
On the Saffir-Simpson scale, the hurricane is assigned the maximum, fifth category. This means that the wind can really knock down trees, billboards and completely destroy tall buildings. In such a hurricane, it is advisable to conduct a mass evacuation of residents of coastal cities. This, in principle, and rescuers did.

It is known that more than a million people were evacuated from Florida, Georgia and South Carolina. According to the forecasts of meteorologists, Hurricane Dorian will remain in force for several more days, but subsequently the wind speed will not decrease as much as we would like. A hurricane can reach the US coast on Tuesday – Moscow time, at about 19:00 pm Monday. 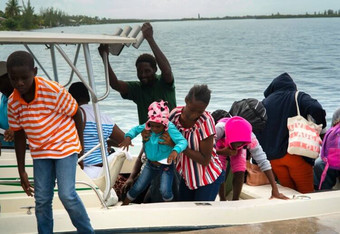 Evacuation of the inhabitants of the island of Big Bahamas

As mentioned above, rescuers evacuated about a million people. Owners of public places like Disney Park in Florida are closely monitoring the hurricane, but it is not known how they will save their facilities. The authorities of some states, in addition to evacuating the population, gave the order to remove bicycles and scooters from the streets. They fear that these vehicles may be thrown into the air and become “shells” that will crash and destroy buildings. 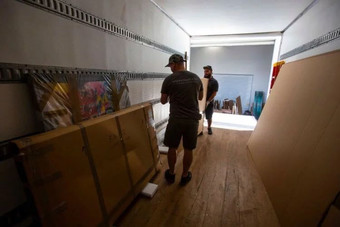 US states try to protect artwork from a hurricane

Photo of Hurricane Dorian
Hurricane Dorian is so powerful that it is visible from space. It was photographed by Russian satellites Meteor-M – the state corporation Roscosmos shared photos. Representatives of the corporation reported that the published images are currently used by rescuers to assess the damage caused by the hurricane. They will also help them provide food and water to those areas that are most in need. 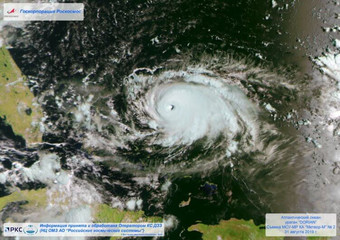 Photo of hurricane Dorian from Roskosmos

NASA Space Agency, in turn, shared a video that depicts a hurricane. It was removed from the International Space Station, which is located at an altitude of more than 400 kilometers. As you can see, the hurricane really looks scary. According to experts, such a strong hurricane has not hit the United States since the distant 1992. This year was remembered by US residents for Hurricane Andrew, which led to the deaths of 65 people and destroyed 63 thousand homes.

Do not forget that in 2017 strong winds also raged in the USA. These include the same five-point hurricanes Irma, Jose and Maria. According to the Saffir-Simpson scale, these hurricanes were assigned 4-5 categories. In total, these hurricanes claimed the lives of hundreds of people and destroyed thousands of structures, so it is hoped that the number of victims of Hurricane Dorian will be significantly less.