What is sinkholes and how are they formed? 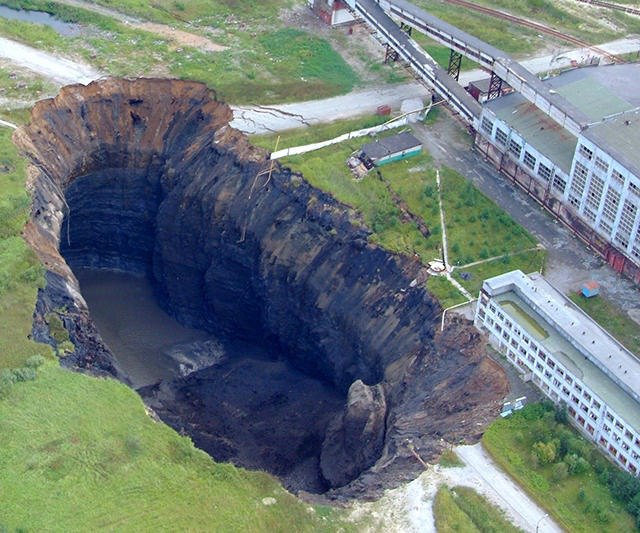 The sinkhole is really scary. In addition to the dangers that await us on the earth’s surface or above it, the earth itself can suddenly go from under his feet, engulfing us along with a house or a vehicle.

What is sinkholes and how are they formed? It’s literally holes formed by subsidence of the earth with the combination of three factors: water erosion and time. Current groundwater seeps through the granular soil, stones, sand in the top layer of soil, and even through the grain of the main bedrock.

If the bedrock is composed of something like gypsum, limestone or dolomite, water may just dilute them by dissolving the fragile sediments. In the case of continuous or repeated exposure to water on these rocks they can form large holes or even extensive cave system. The high acidity of the water, for example due to absorption of carbon dioxide can greatly accelerate the process.

Water erodes the bedrock cracks, eroding the deeper layers of sedimentary rocks. In addition, sometimes the water destroys the inner rocks, and then, caving, rises to cover the (topmost) layer of the earth. After the covering layer has been eroded from the region’s indigenous species, the continuation of the process depends on the type of soil. 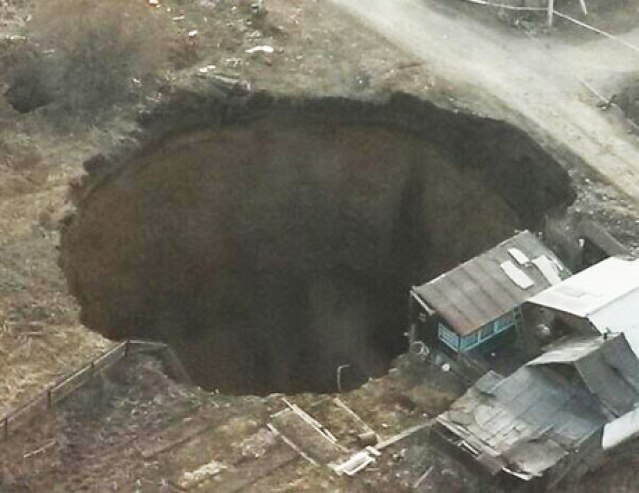 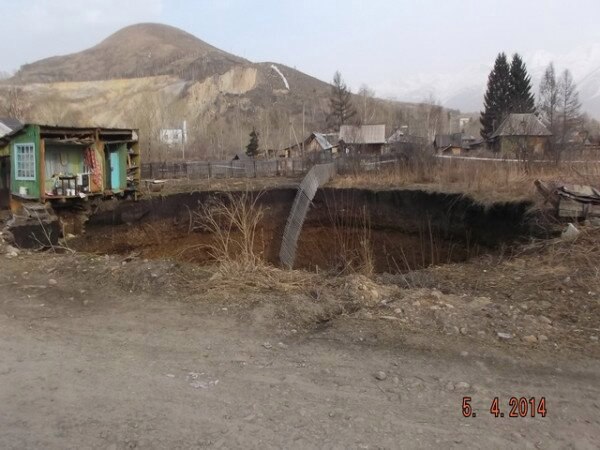 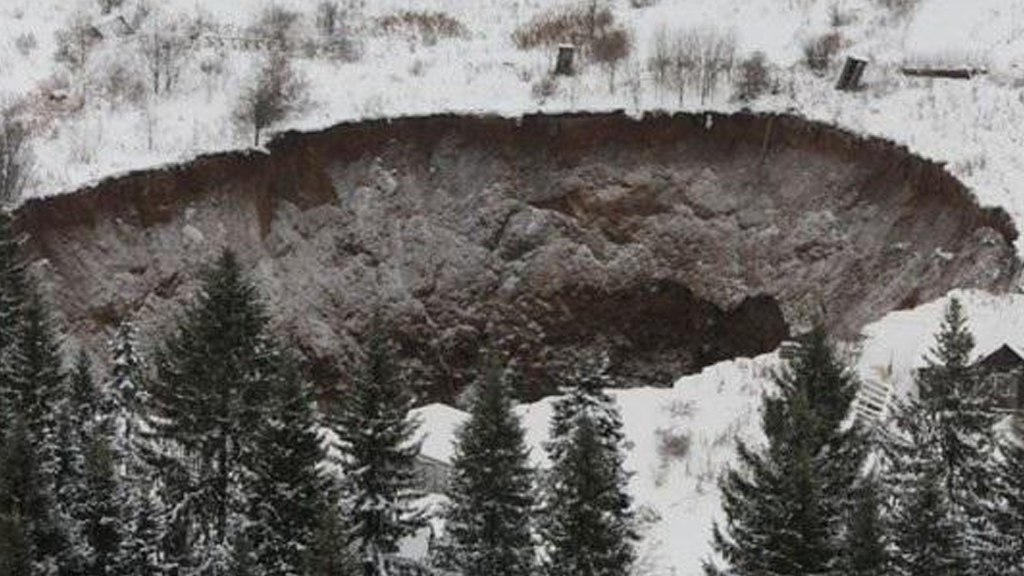 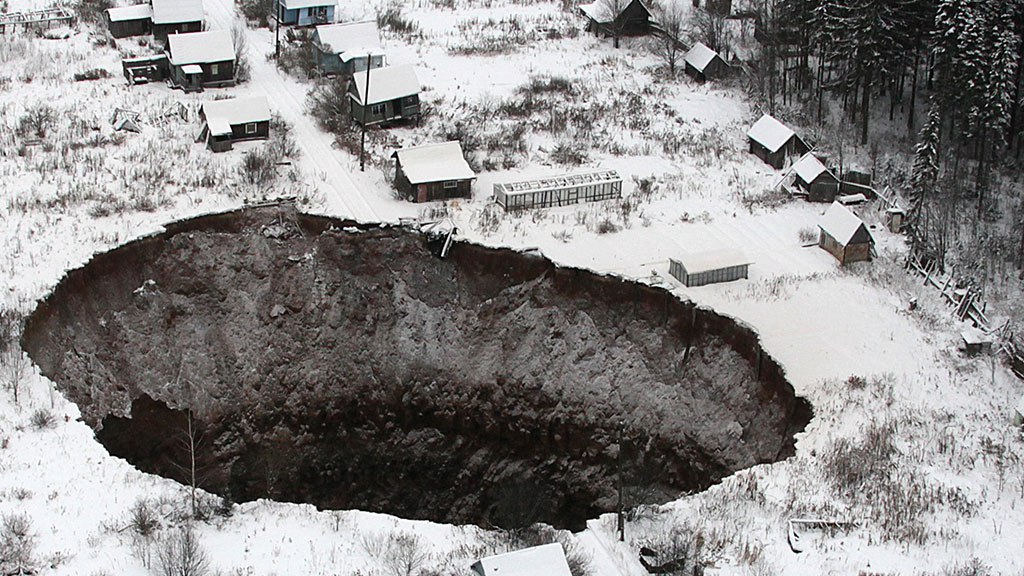 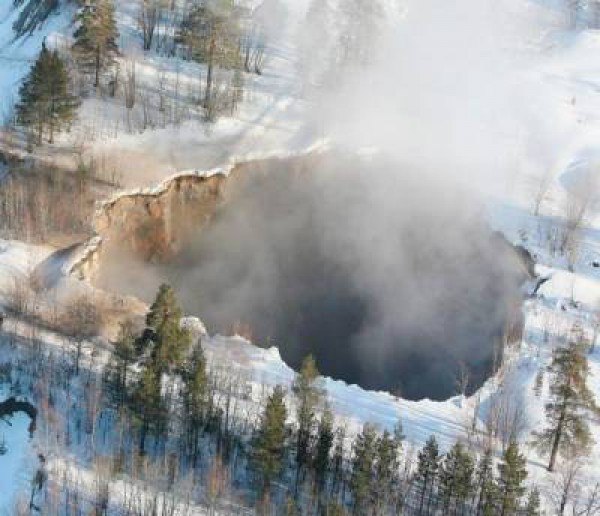 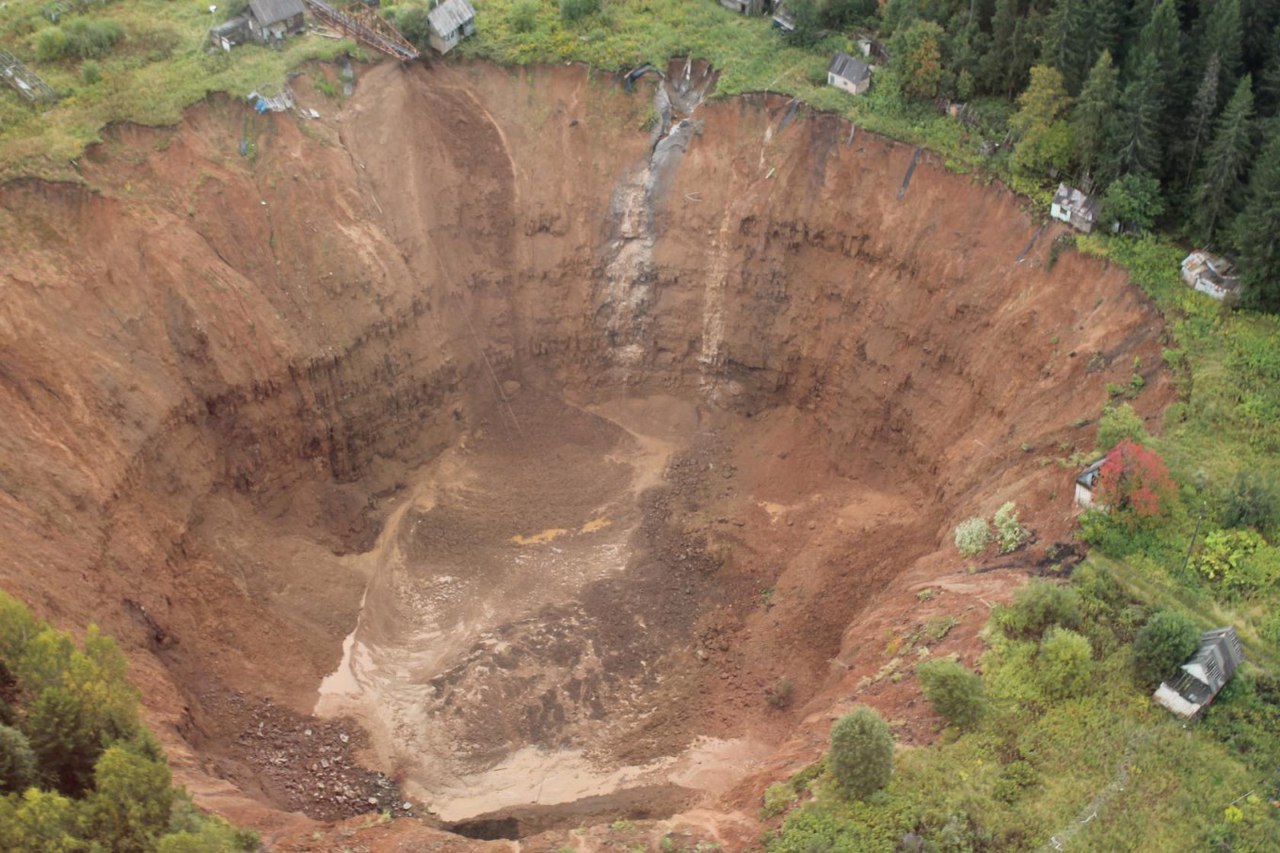 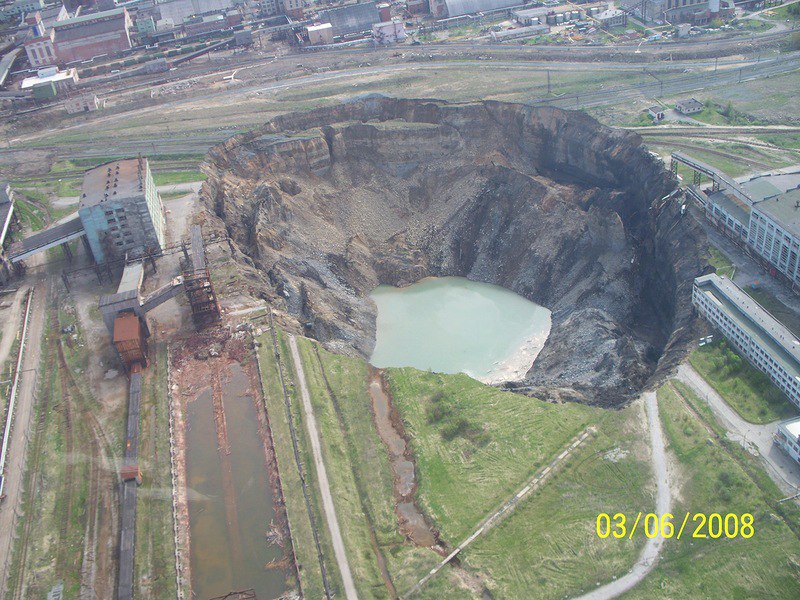 If the covering layer is a loose sand, the sediment particles will slip away or fall through cavities or cracks in bedrock. Loose layers above will follow, resulting in the entire covering layer sharply drops down to fill the void.

This can happen quickly or slowly depending on the speed blur of bedrock. In the end, a sinkhole can make its way down to them. Such failures are called settling. Much more dramatic are the cases when the covering layer consists of clay. As the clay sticks together a lot easier than sandy soil, it does not all drain into the hole in the bedrock.

Instead, the water flow constantly erodes the lower part of the clay layer, forming the large karstic void, which looms closer and closer to the surface. When the remaining layer can no longer withstand the force of gravity, he falls into the abyss beneath. If it is a house or a cabin full of valuable cars, the owners will have to say goodbye to the property, and maybe lives. These dangerous sinkholes are called falling.

Video from the U.S. state of Louisiana demonstrates how coastal trees are falling because of a hole that formed under water. Scientists well enough to know which areas are most susceptible to sinkholes. Based on geological studies, it is characteristic karst forms of relief and “vulnerable” species (salt and gypsum).

One of the hallmarks of the district, where the probability of failures, it is a vast system of caves, carved in the bedrock. Recently NASA announced that using radar data from satellites they can track the movement of soil and to fix the failures at the preliminary stage.