What threatens the displacement of warm ocean currents toward the North? 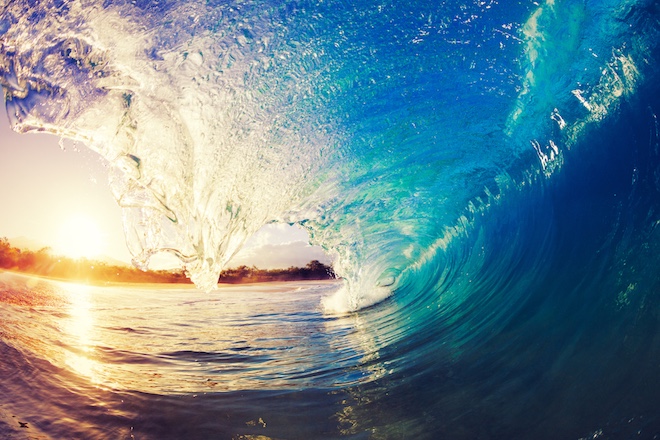 Specialists from the Institute for polar and marine research them. Alfred Wegener (Germany) during the study of winds driven by the edge of ocean currents in both hemispheres found their displacement to the North.

According to scientists, is threatened by a gradual temperature increase along the Eastern coast of South America, Australia, Asia and South Africa and, as a consequence, an increase in its annual values throughout the world. In addition, in this scenario, in temperate latitudes, will experience more storms.

The speed of warm currents that penetrate up to a kilometer in depth, approximately 9 km/h. They belong to the fastest ocean currents on Earth.
In their study, the researchers turned to the data of Oceanographic observations, analysed satellite data on heat losses for the period from 1958 to 2001, and with the help of computer simulation built models of climate change past and future.

As one of the authors researcher Yang Hu, the results obtained showed a three times faster increase in water temperature in the surface currents in comparison with other regions of the ocean and release them 20% more heat than half a century ago. This has led to an increase in water temperature and flow rate, therefore the tide began to shift more heat from the tropics to the pole. These changes, according to the scientist, was caused by strong winds in the hemispheres.

The researchers note that the increasing heat of the ocean threatens to increase the risk of storms. In the following decades in China, Korea and Japan is expected to increase temperatures, particularly in winter. The same changes do you expect in Brazil, the culprit which I think the East Australian current Agulhas. Climate change is influenced by these processes, according to scientists, can pose a threat to the flora and fauna of coastal areas.

While known of the Atlantic warm Gulf stream, on the contrary, will weaken.