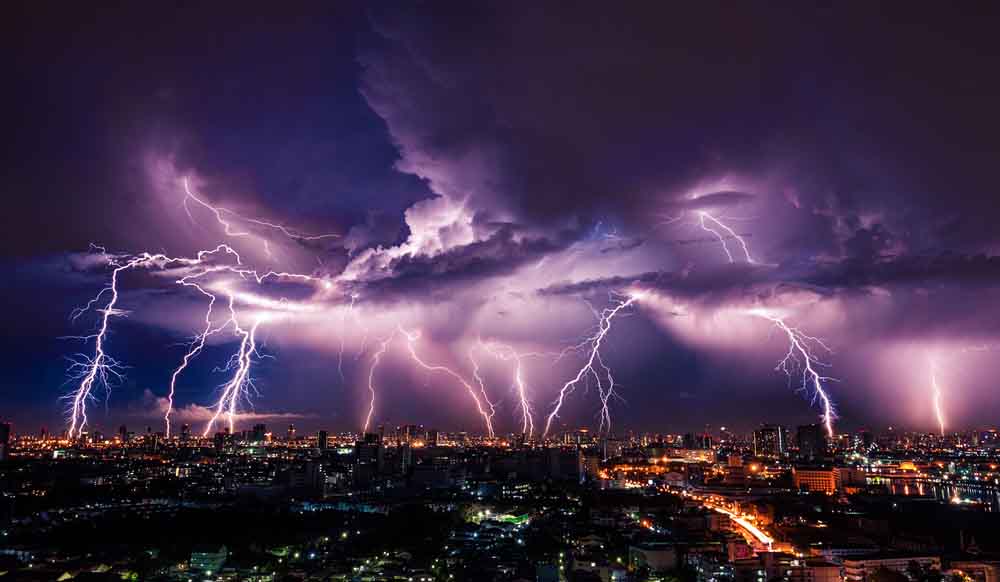 Scientists say heavy rains (not only in Russia but also in the world) may become the new climatic norm. Moreover, precipitation is less frequent, but their intensity increases. Is it time to get used to tropical downpours in the middle lane?

According to the statistics collected in the US only in 2015, the anomalous rainfall occurred in 80% more often than expected according to the climate. The nature of precipitation primarily depends on the type of clouds from which the rain comes. If the precipitation is not particularly strong, but long lasting, they are called continuous. This is a rain for at least three hours, and then the whole day. Such precipitation falls from nimbostratus, which enveloped a huge area, extending for hundreds of kilometers.

A completely different becoming precipitation from cumulonimbus clouds. These clouds occupy a relatively small area, but vertically and reaches a height of 10 kilometers and more. And the rain of them — short, but very intense, the so-called shower. Lately we often hear the term “extreme rainfall”. They belong to a dangerous weather phenomena. The criterion of danger depends on the time of year and region. For example, for the Moscow summer rain is a dangerous phenomenon, if within 12 hours fell at least 50 mm, and during the day, more than 100 mm. Imagine that 100 mm of rain is 100 liters of water per square meter. So, for example, on August 15 in Moscow there was a threat of rainfall: intensity of rainfall throughout the metropolis did not exceed 10 mm per hour. But on the daily amount of precipitation at some points, for example, in the area of the MSU, the criterion of risk was achieved.

On the European territory of Russia heavy rainfall usually associated with cyclones are born over the South. It is this cyclone caused the abnormal rains in Moscow on Monday 15 August. Power clouds then mostly did not exceed 7 kilometers: over Moscow hung an array of nimbostratus, only interspersed with some thunderstorm clouds. Precipitation intensity was not so large: 5-10 mm per hour, but the duration was a day. Muscovites faced with a dangerous weather event is called “very heavy rain”. But in American Louisiana in those days was marked by extreme rains: even mentioned the phrase “rain bomb”.

The so-called “rain bomb” associated with the powerful storm clouds. In front of this cloud developed a strong rising currents of air, and in the center and in the rear − downward. They are formed due to the fact that the particles of water and ice that make up the cloud and precipitation evaporate. The air under the cloud cools, and descends. The more intense is the evaporation of precipitation, and hence the cooling air, the stronger the downward jet. Sometimes its speed is greater than 10 and even 20 m/s. These jets meteorologists call “microscale”. They carry a huge amount of precipitation that falls from clouds in a given time, and bring them to the surface.

Moscow “rain bomb” until fall. But to exclude their occurrence in the future is impossible. Experts assert that now the world record rainfall happen on 12% more normal. And lay the blame on global warming − the increase in the concentration of carbon dioxide in the atmosphere leads to the fact that it is heated, and, accordingly, is able to hold more water vapor. Hence, the increase in the frequency of extreme rains in some regions of the globe.

Statistics are harsh − 2015 was the warmest in history of meteorological observations. And that is typical, for example, in Moscow, last year almost every month the rain fell more than the norm. And judging by that summer, the frequency of occurrence of extreme rains while growing.