When will the eruption of the Hawaiian volcano Kilauea end? 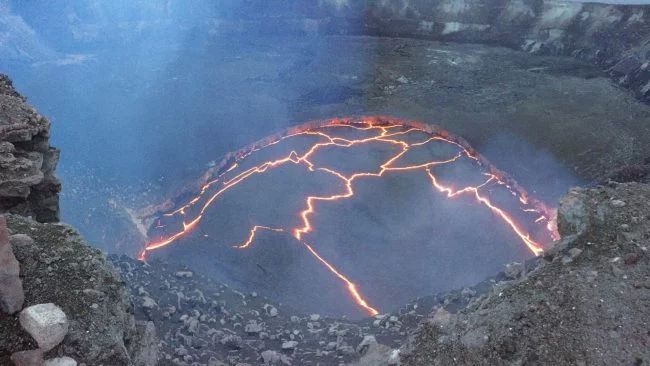 The lava of the Kilauea volcano, which flowed into the Bay of Kapokho, created almost one and a half kilometer of new land. The flow of the volcano is still very active, and there is no way to know when the eruption will end or even intensify by opening new holes for a lava eruption, according to the US Geological Survey. Recall, rapidly moving lava poured into low-lying coastal areas of Hawaii in just two days this week, destroying hundreds of houses. Previously, there were victims.

“The lava continues to flow into the ocean along a wide front in Kapoho Bay and continues to creep north of what remains of the beaches of Kapokho Beach,” says USGS geologist Junet Babb.

Moving towards the bay, the lava evaporated the largest freshwater lake in Hawaii, which in places was several hundred meters deep. The new land in Kapokho Bay now belongs to the state, but the peninsula will no longer resemble the agricultural paradise in this area of ​​the Big Island, which was before.

Depending on the climate, precipitation and other variables, new vegetation can begin to grow quickly, but to make the land fertile and the rainforests lush, it will take a lot longer.

“How soon the vegetation returns to the place of the lava flow depends on the types of lava and rainfall in this area,” Babb says. “There are streaks on Kohn Island, which are much older than some streaks in eastern Hawaii, but they have much less vegetation, and this reflects only the difference in precipitation.” 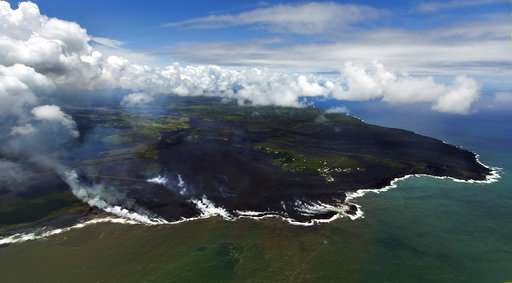 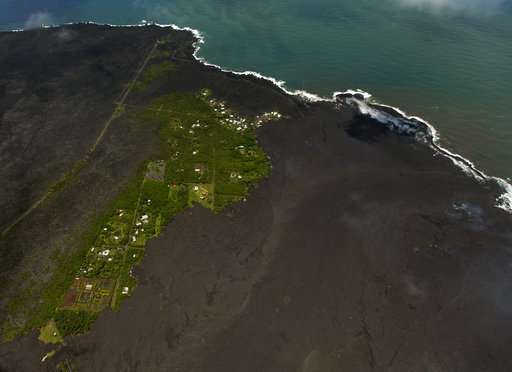 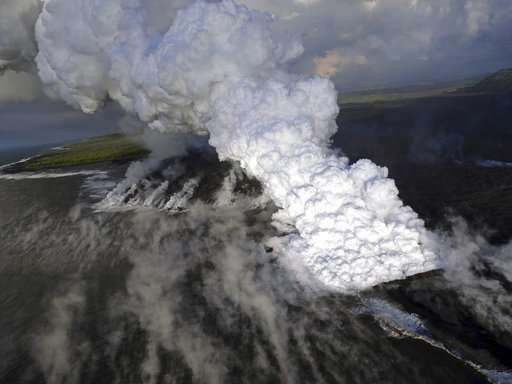 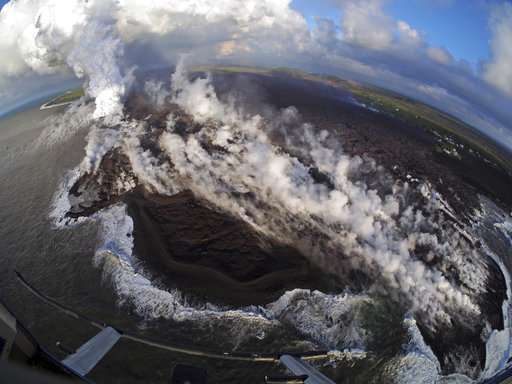 A staff member of the National Park Service found a small ochi tree during a tour of the two-year-old dried-up stream in Kalapan last week. Rain plays a crucial role in the restoration of vegetation. First there are many ferns, and with them a tree ochi. But the soil remains unpredictable, and as soon as the lava cools and solidifies, it leaves behind a dentate, charred landscape with sharp fragments of volcanic stones.

Any new land masses, formed by lava, will belong to the state. But the ocean and lava are an unstable combination, so everything can change. The ocean can easily collapse new breeds.

Lava Kilauea has destroyed more than 600 homes since the eruption began.