When will the next ice age come? 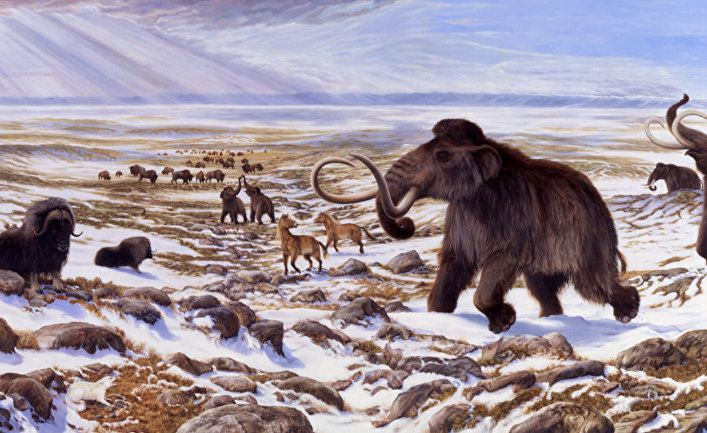 We are in the power of the autumn, and it gets colder. Do not we move to the ice age, one of the readers is interested.

The swift Danish summer is behind us. The leaves fall from the trees, the birds fly south, become darker and, of course, colder, too.

Our reader Lars Petersen from Copenhagen began preparing for the cold days. And he wants to know how serious he needs to prepare.

“When does the next ice age begin? I learned that the glacial and interglacial periods are replacing each other regularly. Since we live in the Interglacial, it is logical to assume that the next ice age is ahead of us, is not it? “- he writes in a letter to the section” Ask Science “(Spørg Videnskaben).

We in the office wince at the thought of the cold winter that lies in wait for us at the end of autumn. We, too, would have been happy to know whether we are on the verge of the Ice Age.

Until the next ice age is still far away

Therefore, we addressed Sune Olander Rasmussen, a professor at the Center for Fundamental Studies in Ice and Climate at the University of Copenhagen.

Sune Rasmussen studies the cold and receives information about the weather of the past, the storm of the Greenland glaciers and icebergs. In addition, he can use his knowledge to play the role of a “predictor of glacial periods.”

“In order for the ice age to come, several conditions must coincide. We can not accurately predict when the ice age will begin, but even if humanity did not influence the climate further, our forecast is that the conditions for it will develop at best in 40 to 50 thousand years, “Sune Rasmussen reassured us.

Since we are still talking with the “ice age predictor”, we can get some more information about what these “conditions” are, in order to get a little more understanding of what the ice age really is.

That’s what the Ice Age is

Sune Rasmussen says that during the last ice age, the average temperature on the earth was a few degrees lower than today, and that the climate at higher latitudes was colder.

Most of the northern hemisphere was covered with massive ice cover. For example, Scandinavia, Canada and some other parts of North America were covered with a three-kilometer ice shell.

The huge weight of the ice cover pressed the earth’s crust a kilometer into the Earth.

However, 19 thousand years ago, changes in the climate began to occur.

This meant that the Earth was gradually getting warmer, and for the next 7,000 years it freed itself from the cold grip of the ice age. After that, the interglacial began, in which we are now.

In Greenland, the last remnants of the shell came off very sharply 11 700 years ago or to be exact 11 715 years ago. This is evidenced by the research of Sune Rasmussen and his colleagues.

Hence, since the last glacial period, 11 715 years have passed, and this is a perfectly normal length of interglacial.

“It’s funny that we usually consider the Ice Age as an” event “, although in reality everything is just the opposite. The average ice age lasts 100 thousand years, whereas the interglacial period lasts from 10 to 30 thousand years. That is, the Earth is more often in the glacial period than vice versa. ”

The fact that the Earth will plunge into the new glacial period in 40-50 thousand years, depends on the fact that the orbit of Earth’s rotation around the Sun has small variations. Variations determine how much sunlight falls into what latitudes, and thus affects how warm or cold it is there.

This discovery was made by the Serbian geophysicist Milutin Milankovic almost 100 years ago, and therefore it is known as the Milankovich Cycles.

1. The orbit of the Earth’s rotation around the Sun, which varies cyclically about once every 100,000 years. Orbit turns from almost round to more elliptical, and then back. Because of this, the distance to the Sun changes. The further the Earth from the Sun, the less solar radiation our planet receives. In addition, when the shape of the orbit changes, the length of the seasons changes.

2. The slope of the earth’s axis, which ranges between 22 and 24.5 degrees relative to the orbit of rotation around the Sun. This cycle covers approximately 41,000 years. 22 or 24.5 degrees – it seems not such a significant difference, but the slope of the axis has a very strong effect on the severity of different seasons. The more the Earth is tilted, the greater the difference between winter and summer. At the moment, the slope of the earth’s axis is 23.5 and it decreases, which means that the differences between winter and summer will decline in the next thousand years.

“The combination of these three factors determines whether there are prerequisites for the beginning of the glacial period. It is almost impossible to imagine how these three factors interact, but with the help of mathematical models we can calculate how much solar radiation receives certain latitudes at a certain time of the year, and also received in the past and will receive in the future, “says Sune Rasmussen.

Snow in summer leads to the glacial period

In particular, temperatures in the summer play an important role in this context.

Milankovic realized that in order for the ice age to be a prerequisite, summer in the northern hemisphere should be cold.

If the winters are snowy and most of the northern hemisphere is covered with snow, then the temperatures and the number of sunny hours in summer determine whether snow will be allowed to remain for the entire summer.

“If the snow does not melt in the summer, then a little sunlight penetrates into the Earth. The rest is reflected back into space with a snow-white coverlet. This is exacerbated by the cooling that began because of the change in the orbit of the Earth’s rotation around the Sun, “says Sune Rasmussen.

“Further cooling brings even more snow, which further reduces the amount of absorbed heat, and so on, until the ice age begins,” he continues.

Similarly, a period with hot summers leads to the fact that the ice age ends. Then the hot sun melts the ice sufficiently to allow sunlight to again fall on dark surfaces, such as soil or sea, which absorb it and heat the Earth.

People are delaying the next ice age

Another factor that is important for the possibility of the beginning of the glacial period is the amount of carbon dioxide in the atmosphere.

Just as snow reflecting light, strengthens the formation of ice or speeds up its melting, increasing the content of carbon dioxide in the atmosphere from 180 ppm to 280 ppm contributed to the removal of the Earth from the last ice age.

However, since the beginning of industrialization, people are constantly engaged in a further increase in the share of carbon dioxide, so now it is almost 400 ppm.

“It took 7,000 years for nature to raise the share of carbon dioxide by 100 ppm after the end of the ice age. People have managed to do the same thing in 150 years. This is of great importance for whether the Earth can enter a new ice age. This is a very significant influence, which means not only that the ice age can not start at the moment, “says Sune Rasmussen.

We thank Lars Petersen for a good question and send a gray winter t-shirt to Copenhagen in winter. We also thank Sune Rasmussen for a good answer.

And we encourage our readers to send more scientific questions to sv@videnskab.dk.

Scientists always talk about the ice age only in the northern hemisphere of the planet. The reason is that in the southern hemisphere there is too little land, on which there can be a massive layer of snow and ice.

Less Antarctica, the entire southern part of the southern hemisphere is covered with water, which does not provide good conditions for the appearance of a thick ice shell.