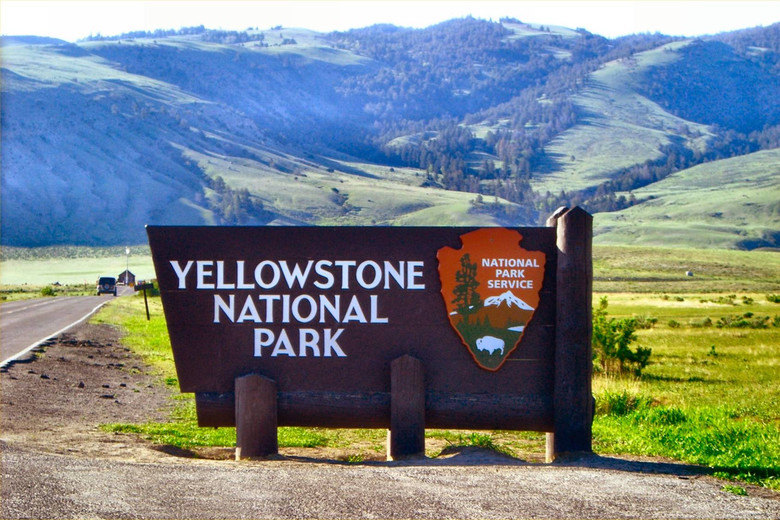 Seismologists are concerned about the situation developing around Yellowstone SUPERVOLCANO, located in the heart of the United States. In case of eruption in North America will actually cease to exist, becoming a lifeless desert, resembling the surface of Mars. And the worst thing is that this misfortune could happen at any moment.

And suddenly it’s not so scary? Maybe the eruption, if it ever happens, will not be so destructive? Alas, Yellowstone has already demonstrated his violent temper.

About 640 thousand years ago, during the last eruption of the volcano, its upper part fell into the fiery abyss forming in the earth a hole splashing him in red-hot magma with a size of 55 by 72 kilometers! Splashed out an incredible amount of lava, ash, stones. If a similar incident happens today, it is difficult to imagine what it portends for the whole of North America.

Since 1980-ies the number of aftershocks in the area of Yellowstone from year to year only increases. But the volcano’s activity in 2007 was so high that demanded the convening of a special Scientific Council, which was attended by leading seismologists, geophysicists, and Minister of defense of the United States and head of the CIA, NSA, FBI.

Together they developed an agreed position, a clear plan that will once and forever defined what to do when Yellowstone powder keg still blows. Then, fortunately, nothing happened. But will do in the future is unknown.

Since then, the U.S. geological survey regularly publishes reports about the observations of the Caldera of the Yellowstone SUPERVOLCANO. The last one is dated July 1, 2016 — showed no signs of imminent eruption. But to the official reports, many researchers are skeptical.

It is only in June 2016 in Yellowstone national Park were 70 earthquakes only two earthquakes less than in may of the same year. What does this mean? Only one thing: the volcano shakes. And each of the aftershocks catastrophic eruption,capable of destroying the United States.

A few years ago, a significant part of the national Park, which houses the volcano, was closed to tourists. About the explosion, then it was not, at least officially, but the experts did not hide: the situation is alarming. Scientists alarmed as the dramatic increase of earthquakes near Yellowstone, and the fact that the underground voids of the volcano quickly filled with magma. 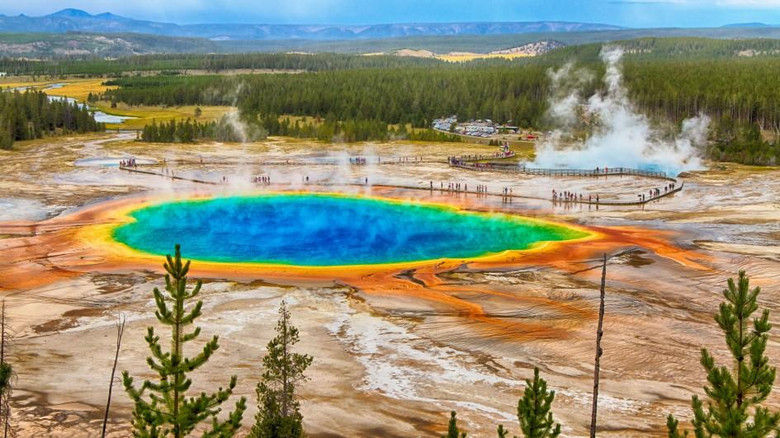 The paradox is that on the Yellowstone, humanity learned recently. In 1807 during the expedition, exploring North-West of the United States, John colter first saw the district of the Yellowstone and described numerous geysers and bubbling from land sources with hot water. But the public did not believe the scientist, sarcastically calling his report “the Hell of Coulter”.

The name was symbolic. The second person that has detected the anomaly of the Yellowstone, in 1850, became the hunter Jim Bridger. However, his description of an unusual hot fountains also felt fantastic. Only after the official report made by naturalist Ferdinand Hayden who confirmed their words with photos, the United States Congress in 1872, believed in the reality of the volcano.

Yellowstone became the first national Park USA—one of the favorite places of the inhabitants of the country and foreign tourists. However, Park visitors do not report that at any moment the volcano, located beneath their feet, can soar into the air.

However, if not burdened by thoughts about the future, then visit Yellowstone, of course, is: it is amazingly beautiful. There are gorgeous mountain lake, nearly three hundred waterfalls, one of which is larger than Niagara. Well, about the hot springs and geysers and exotic to say no: to look at them moving in all of America. 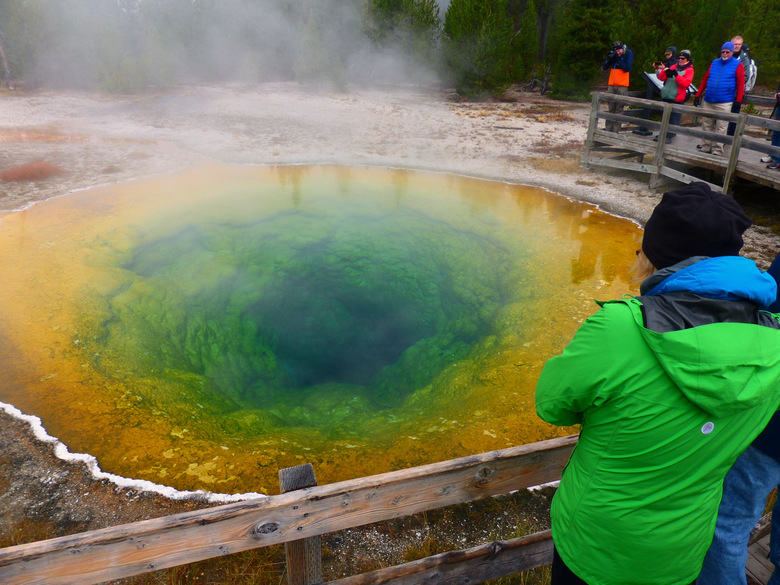 THE SCENARIOS OF THE APOCALYPSE

The average length of time between the explosions of supervolcanoes calculated theoretically also does not add optimism. He is averaging 600 thousand years. The last time Yellowstone erupted about 640 thousand years ago. Therefore, a new explosion could be expected at any time.

The force of the explosion of this volcano will be equal to the simultaneous detonation of several dozen modern nuclear bombs. In the event of a disaster, according to the volcanologists, the crust will rise a few meters, the soil warms up to 60 degrees Celsius, and in the atmosphere over America will significantly increase the content of helium and hydrogen sulfide.

Almost instantly will be destroyed all living things in the area of 1 000 square kilometers. 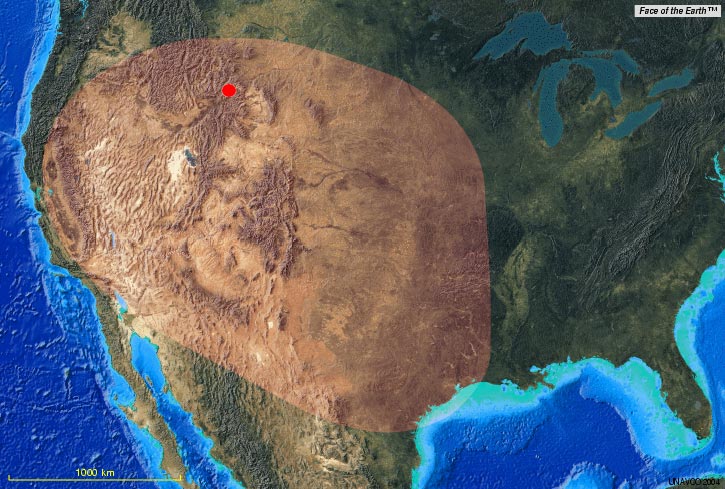 Lava flows rushing with a speed of several hundred kilometers per hour, will burn a huge area, and volcanic ash rises to a height of 50 kilometers, the effect of causing a nuclear winter. In the “death zone” would be the whole US territory to the Mississippi.

Not be good and the rest of the country: it will cover a thick layer of volcanic ash. Nuclear, but rather, volcanic winter over North America will last from one year to four years. Of course, the climate will change dramatically throughout the world. While the safest place on Earth will become the center of Eurasia and Siberia, that is the territory of Russia.

THE VOLCANO WITH THE PREFIX “SUPER”

Quite often you can hear that Yellowstone is a SUPERVOLCANO. The person far from of Volcanology, probably, think that the prefix “super” in this case just describes a volcano larger than its counterparts. This is not so. “SUPERVOLCANO” — the concept is quite scientific.

It is the volcano, whose cone apex and the mouth, where erupting lava under the ground. And within a single volcano, as a rule, is somewhat similar “titans” that are invisible on the surface. And the worst thing about them is that they do not erupt and explode.

WHY DID YOU LEAVE BUFFALO?

When all the same there will be an explosion of the Yellowstone? The exact answer to this question no one can give. Some scientists expect the eruption from day to day, others will take it back in time for centuries and even millennia.

In 2006, volcanologists Ilya Bindeman and John valley in the journal “Earth and planetary science” predicted the eruption of the volcano in 2016. However, tragedy, as we know, did not happen. Nevertheless to calm down early. 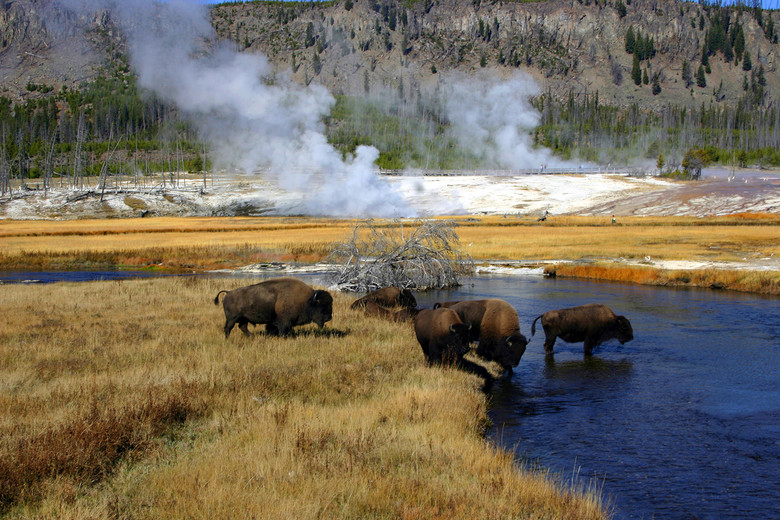 In the spring of 2014, when scientists noted a substantial increase in seismic activity and emissions of geysers, the national Park began to leave the animals. First went the Buffalo, followed the deer. This is a sure sign of impending disaster: animals, unlike people, accurately anticipating natural disasters.

Fans of conspiracy theories claim that the US seemed to be offered to a number of countries to pay 10 billion dollars over 10 years for the opportunity to temporarily resettle their territory in case of an explosion of the Yellowstone.

Supposedly large sum was promised to Brazil, Argentina and Australia. But they took the money or not is the big question. In any case, if the transaction took place, the US would have during an evacuation.

Volcanologists believe that in the case of the explosion of the Yellowstone volcano from the surface of the planet will disappear the whole continent.

University of Utah, responsible for the operation of seismic stations in Yellowstone national Park, notes the continuing deformation of the soil every year, it rises to 5 cm.