Where is the capital of the tornado 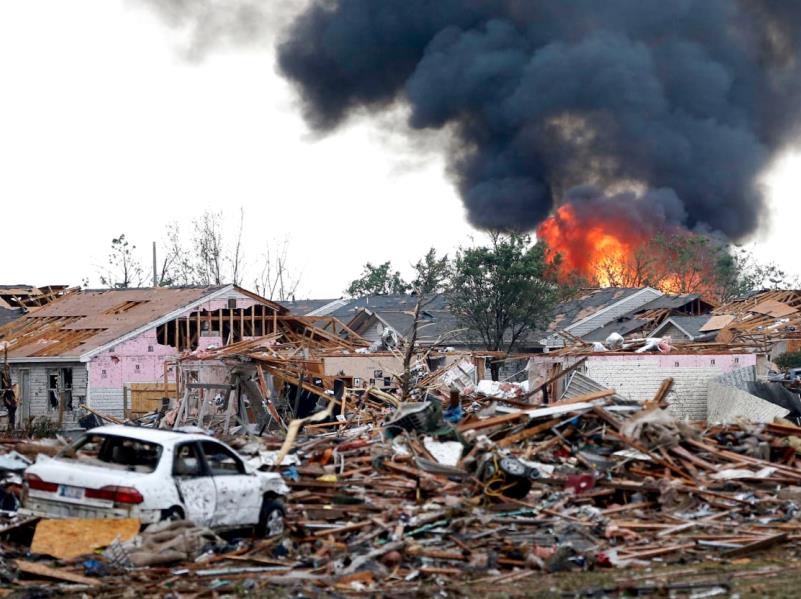 There is a city in America, which almost always stands in the way of a tornado. It is known that the greatest number of hurricane winds is recorded in the central states of the United States. This area still has the unofficial name “Alley of tornadoes.” The statistics of the US National Center for Climate Data stubbornly indicates that most often a tornado sweeps through the states of Texas, Kansas and Oklahoma. And one of the cities that is most often exposed to a dangerous phenomenon is Moore, in fact, the southern suburb of the state capital – Oklahoma City in Oklahoma.

Thanks to the hurricane winds, the town has a sad glory. Over the past 20 years, tornadoes have been attacked by Moore 10 times, 4 of which caused significant damage: this happened on October 4, 1998, May 3, 1999, May 8, 2003 and May 20, The May 1999 tornado, lasting 1 hour and 25 minutes, received the highest possible F5 on the Fujita scale and is considered one of the strongest in world history. Then the wind speed reached almost 500 km / h. The result – 41 dead, 583 wounded, thousands of houses destroyed. Up to 3000 – 4000 residents temporarily or permanently moved to other settlements. 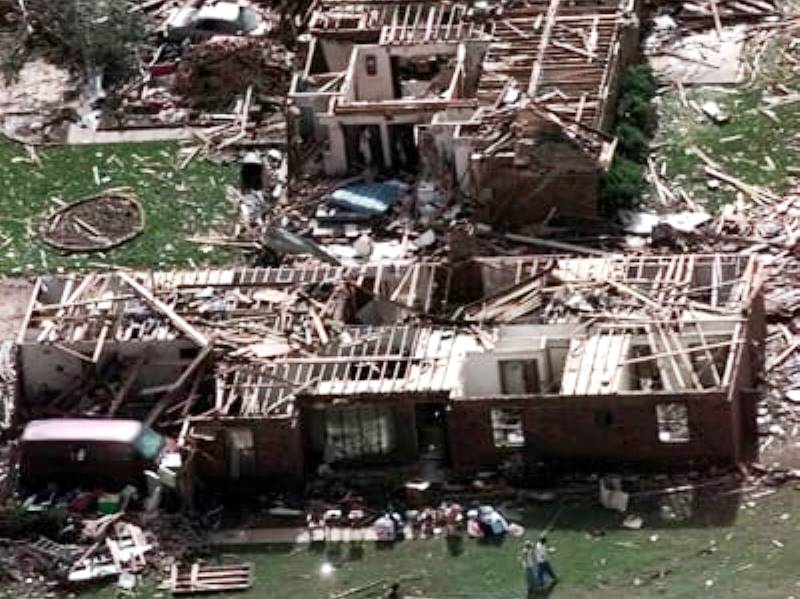 A dangerous whirlwind on May 20, 2013, although it did not have such a huge wind speed (maximum gusts reached 320 to 322 km / h), as its predecessor, but caused severe destruction in Mura, Newcastle and southern Oklahoma City. In particular, he destroyed two schools, in which at that time there were classes, and a hospital. The death toll was dozens, hundreds were injured. Among the dead – a well-known scientist, hurricane hunter, Tim Samaras, who for many years was engaged in research tornadoes, was considered an expert on this natural phenomenon, was the author and presenter of the programs on the channels National Geographic and Discovery.

Despite the real threat of the recurrence of the elements, there are at least 58,000 inhabitants in Mura today.