Who usually becomes a victim of volcanoes? 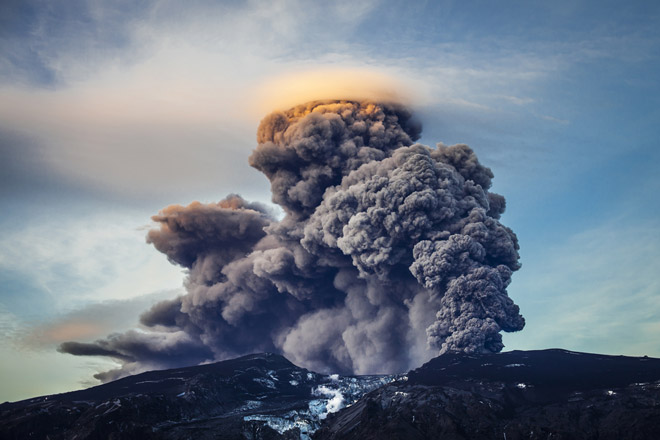 Based on the available information and databases related to volcanic activity, scientists from Bristol University for the first time classified victims of volcanoes by activity and other characteristics, and also learned at what distance from the volcano they were at the time of death.

The results of the study should help in assessing volcanic hazards and developing effective measures to prevent accidents.

The tenth part of the world’s population is exposed to volcanic threats, as more than 800 million people live within 100 km of active volcanoes. Over the period from 1500 to 2017, more than 278,000 people said goodbye to life as a result of volcanic activity – an average of about 540 deaths per year.

Volcanoes give rise to numerous threats, the influence of which extends to different distances, both during the eruption and in its absence. In the course of the study, Dr. Sarah Brown of the School of Earth Sciences at the University of Bristol and her colleagues updated the previous databases on the deaths associated with volcanoes, by adjusting the data and, most importantly, by including information about the whereabouts of the dead in terms of distance from the volcano.

The places of fatal incidents were determined on the basis of official reports, scientific reports and publications. Deaths were recorded at a distance of up to 170 km from the volcano, almost half of them occurred at a distance of 10 km and most – within a radius of 5 km.

Pyroclastic flows, rapidly moving avalanches of rock, ash and gas, are the dominant cause of death at medium distances (5-15 km). Volcanic mud flows of lakhar, tsunami and ash are the main causes of deaths at great distances.

In addition, Dr. Brown and her team presented in their study the most detailed classification of victims of volcanic activity. While most of the victims lived on or near the volcano, several special groups were identified. They are tourists, media workers, emergency response personnel and scientists, mostly volcanologists.

Among tourists, 561 deaths were recorded, mainly during small eruptions or in their absence. Most of these incidents occurred near the volcano, within 5 km. A recent example of the death of tourists during the eruption was the case of 2014 in the area of ​​the Japanese volcano Ontake. Suddenly, the awakened volcano led to the death of 57 people. Or just a few weeks ago, an 11-year-old child and his parents died, falling into the crater of the super-volcano Campi Flegrei in Italy, where they inhaled harmful gas fumes.

Reports also told the authors of a study of the death of 67 scientists, mostly volcanologists and their assistants. More than 70% of them died within 1 km of the top of the volcano, which underlines the danger of visiting active volcanoes even for scientific purposes.

Among the rescuers, military and other workers of emergency response services, volcanoes killed 57 people. Media workers who are reporting from the scene of events, often in a danger zone, are also at the same risk. In this category, 30 deaths were recorded.

“Identifying these groups is a key factor in increasing safety and reducing deaths. While volcanologists and rescuers can have good reasons for visiting hazardous areas, the benefits and risks must be carefully weighed. Employees of the media and tourists should observe the distance, follow the instructions of the authorities and volcanic observatories. The number of dead tourists can be reduced due to the appropriate restrictions on access, warnings and upbringing, “stressed Dr. Brown.

The work carried out is an important step towards collecting statistical data in order to reduce the mortality from natural disasters and the development of the corresponding program Sendai Framework for Disaster Risk Reduction.