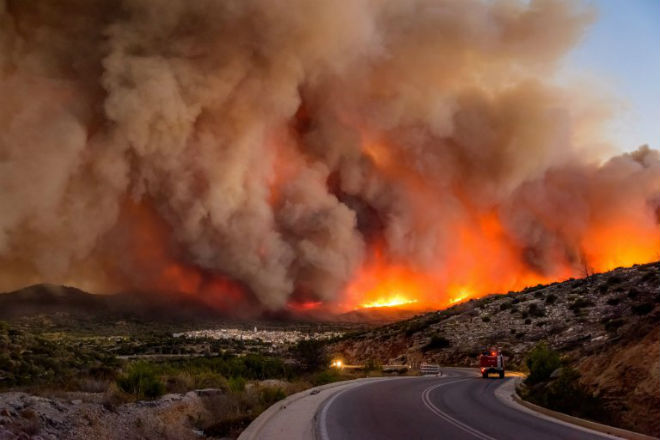 On the Greek island of Chios on Monday, July 25, burst into a major wildfire. Authorities declared a state of emergency due to large-scale fire.

To fight with the fire element was sent dozens of firefighters and planes. A fire destroyed the olive groves and mastic trees, which are an important source of income for the island, with a population of about 52 thousand people.

Chios island is a popular place among tourists. It is located between the Islands of Samos and Lesvos in the North-Eastern part of the Aegean sea.