Wildfires break out in Paraguay amid record heat 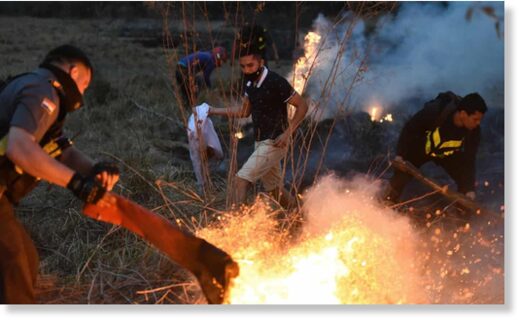 The country is facing more than 5,000 fires, from which smoke reaches the capital, as neighboring Brazil and Argentina are also facing fires.

Devastating wildfires have erupted across Paraguay as drought and record high temperatures continue to exacerbate wildfires in South America.

Most were concentrated in the arid region of Chaco in the west of the country, but thick yellow smoke reached the capital, Asuncion.

The outbreak of wildfires in Paraguay has occurred as the southern hemisphere approaches summer, and neighboring countries are also facing unprecedented wildfires.

The Brazilian Amazon records the worst fires in a decade, up 61% from the widely reported wildfires of the previous year and sporadic fires in the southern Pantanal region.