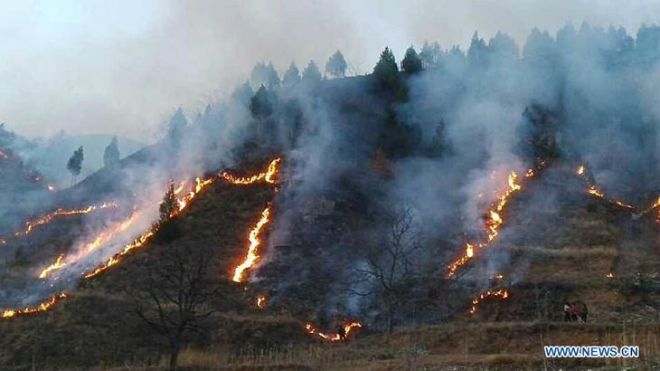 Over 2000 people fought in China for almost 10 days with a large forest fire. Fortunately, on Tuesday the fire was eliminated.

The fire began to rage in the evening of March 12 in YaJiang of Ganzi-Tibet Autonomous Region in the south-western Chinese province of Sichuan. According to experts, trees have caught fire because of contact with power lines. To extinguish the fire prevented the weather – on March 18, a strong wind rose and spread fire to an even larger area. The flames covered about 100 hectares of land. Information about the victims and victims was not received.