Will the unique nature of Florida Keys be restored after the Irma? 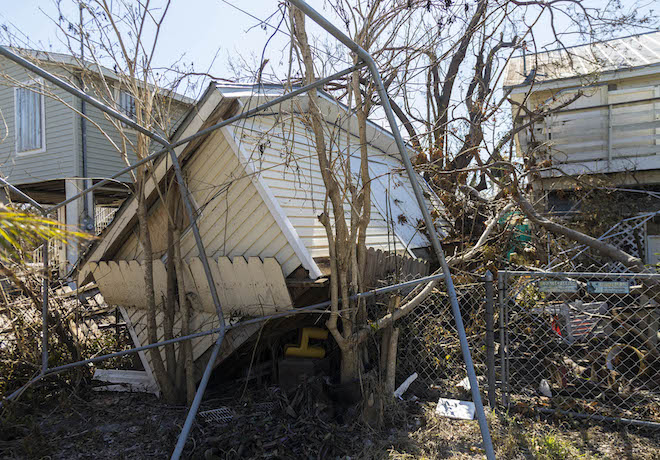 From the legendary deer to rare birds, insects and plants – wildlife on Florida Keys survived a heavy blow during the invasion of Hurricane Irma. Will she be able to recover?

On the archipelago live about 20 endangered species of animals, many of them do not live anywhere else on Earth. The eye of the hurricane swept right above the main habitat of the species that are in the most risky group.

An animal whose fate causes special concern is a reef deer, a subspecies of a white-tailed deer. The reef deer was almost wiped off the face of the earth by poachers in the 1950s. Then its population decreased to 25 individuals. The smallest deer of North America rarely weighs more than 43 kg and at the withers reaches a height of 90 cm. Reef deer live only on Florida Keys.

Thanks to a study conducted after the hurricane Irma by the US Fish and Wildlife Service and the Texas A & M University, about 14-22% of the reindeer population estimated at 1,000 animals was killed by a hurricane.

But those deer who survived the storm, faced a new threat. To survive on these low-lying islands, whose height is about a meter above sea level, the animals need fresh water. Usually they extract it from freshwater marshes and holes in coral limestone. But the storm waves of the Irma filled all the depressions with salty ocean water. Biologists have installed children’s swimming pools with fresh water for deer. The new places of watering were also visited by butterflies, dragonflies and marsh rabbits.

But not all residents of Florida Keys help so easily. Among those at risk is the cactus tree Pilosocereus robinii, the only wild population of which grows on Big Pine Key. Biologists say that “Irma” destroyed this kind of plants.

It is not known what happened to the very rare marsh rabbit and tail of Bratram, a butterfly that is found only in Big Pine Key. The hurricane became a test for a magnificent frigate, the only nesting population in the continental United States of which is located in the national park Dry-Tortugas. This bird, whose wingspan is 2 meters, nested on the remote mangrove islands of Florida Keys. But human intervention forced them to relocate.

Florida Keys goes around the mainland Florida, like a bracelet slipping off his wrist. The archipelago of 1,700 tiny islets is formed from reef limestone. The islands separated from the mainland Florida about 15 thousand years ago, when the last ice age receded and the sea level rose. The species of animals “stuck” on the Florida Keys evolved independently from the continental ones, evolving to suit the island’s habitat.