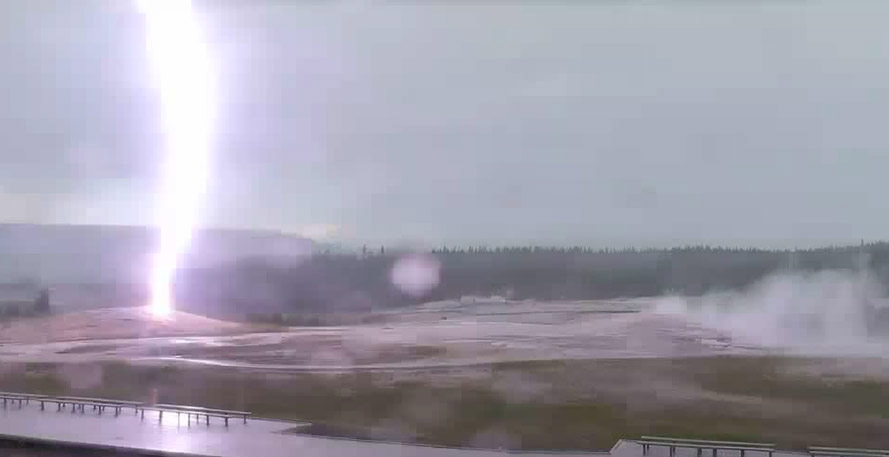 An earthquake of magnitude 5.8 occurred in the US state of Montana on July 6, caused concern among local residents due to the likely activity of the Yellowstone super volcano on whose territory anomalously high seismic activity has recently been recorded.

Over a short period, more than a thousand tremors have been recorded on the Yellowstone Park. Scientists from Utah conducted an analysis of seismic activity and concluded that the Yellowstone super-volcano had accumulated a very high voltage potential, which it can not find a way out.

There is a high probability of the eruption of the super volcano, but scientists do not name the timing of this development. Although in their report they noted that if the eruption happens, then North America will suffer catastrophic damage.

An interesting event on June 27 recorded cameras installed in Yellowstone – a lightning strike in the surface of the geyser. Such events occur here extremely rarely and this lightning strike can speak of raising magma to the surface, which provokes the attraction of electrical discharges.

June 28, it was noticed the movement of army armored vehicles near the Yellowstone National Park. No training was conducted in this area, and light armored vehicles are usually used by the military in emergency situations and internal disturbances.