Yamal: the situation with anthrax is under the supervision of experts 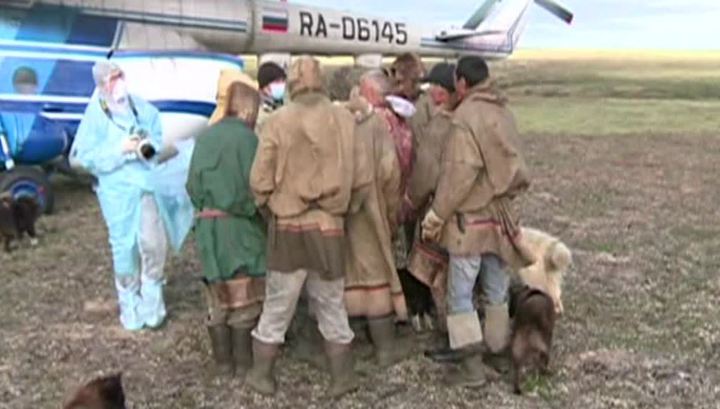 In the Yamalo-Nenets Autonomous district in the areas of outbreak of anthrax, there is strict medical control. The members of the interagency group that operates at the place of the accident, are chemical prophylaxis.

This was stated by the Minister of health Veronika Skvortsova, who is now in Salekhard. Borders of the center of disease established. In the region 10 organized sanitary posts. Doctors carried out a total processing herders. Currently, the diagnosis of anthrax was confirmed in 20 of the inhabitants of the tundra, including 8 children. On Monday died, one child.

The mortality of reindeer in the Yamal district began last week. From the disease has killed nearly 2.5 thousand animals. From the danger zone evacuated more than 160 people. Their placement now the experts of the Ministry. On the Yamal delivered large tents, folding beds, stoves and dry rations, towels and bed linen.

To eliminate the outbreak of anthrax and military help. For carrying out quarantine measures, the Ministry of defence has already transferred to Yamal, more than 200 soldiers and 30 units of special equipment. Fighters of divisions of radiation, chemical and biological protection carry out monitoring and disinfection of the area. Specialists burn fallen livestock and deliver to the region of the combustible mixture and non-lethal weapons. Thanks to the help of the military, the outbreak of the disease localized. Risk of its spread there. In the area of emergency organized a buffer zone length of 200 kilometers.