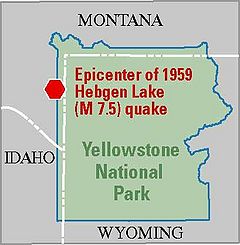 17 Aug 1959 in lake Hebgen located 24 km North-West from the volcano Caldera Yellowstone earthquake magnitude from 7.3 to 7.8 which was followed by a series of aftershocks with magnitude from 6.3 to 6.5 points. 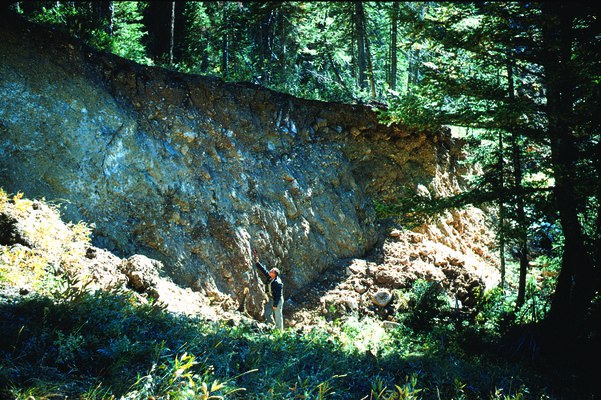 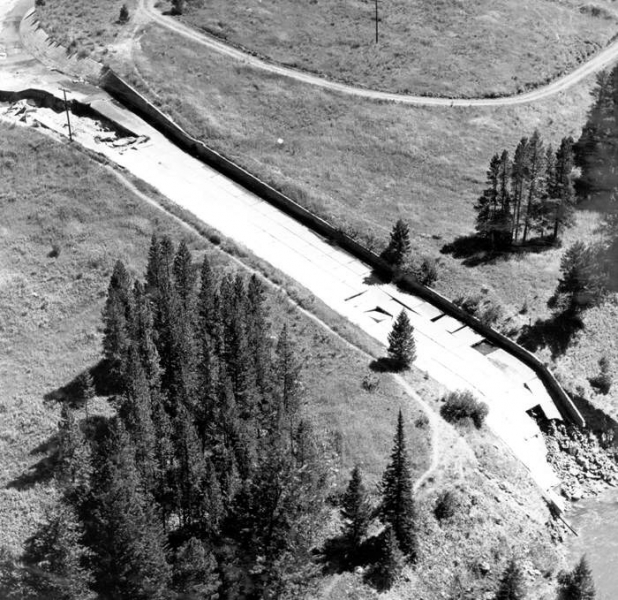 As a result of the cataclysm was a large-scale landslide, the mass of debris and rubbish made up about 80 million tons. It was the most powerful and destructive landslide in US history since 1927. The earthquake damaged the hotel “Old Faithful Inn” located near the geyser “Old Believer” in Yellowstone. Near the volcano there are new cracks and scored new geysers. 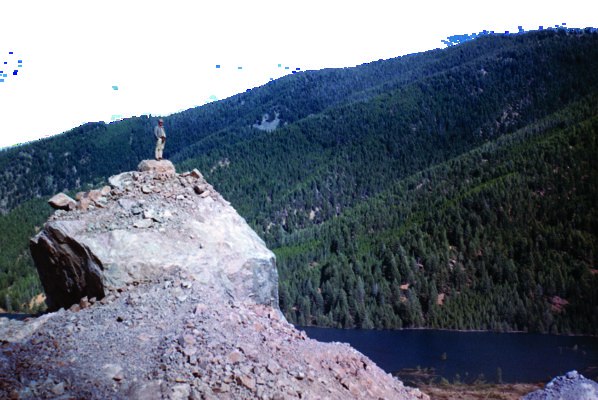 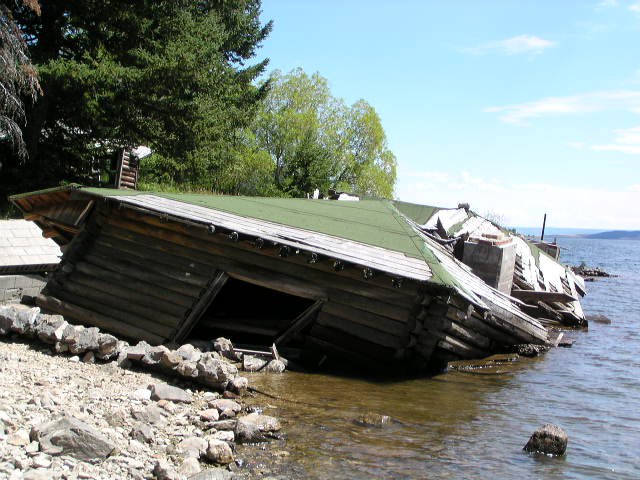 The worst consequence of the disaster was a huge landslide with a volume of 38 million cubic meters, descended from the southern slope of mount Thorn. Huge mass of mud, stones and debris with a total weight of 80 million tons fell in the top and at a speed of 160 km/h headed for the valley of Madison. 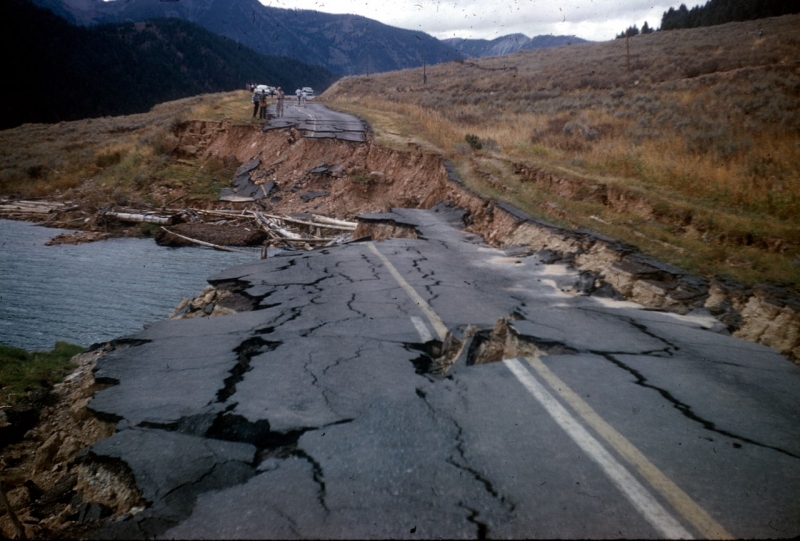 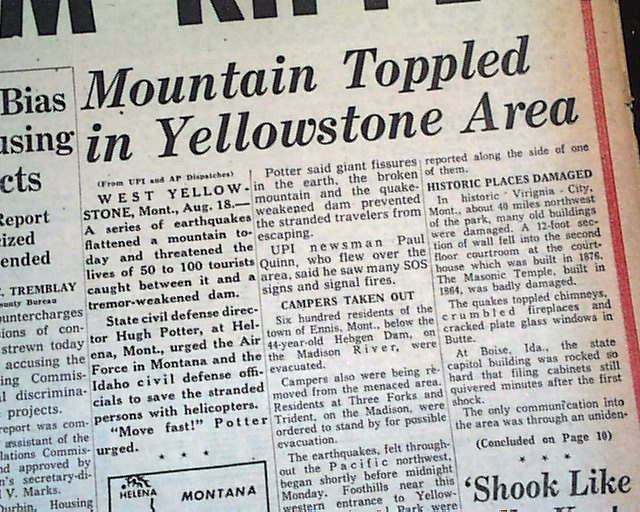 At this time the shores of lake Hebgen and along the river bed stood the campsites where tourists stayed overnight. A debris flow fell on the house and tent and killed 28 people, then blocked the river flow and the next month formed a new lake called quake lake or “Lake of the Earthquake.” 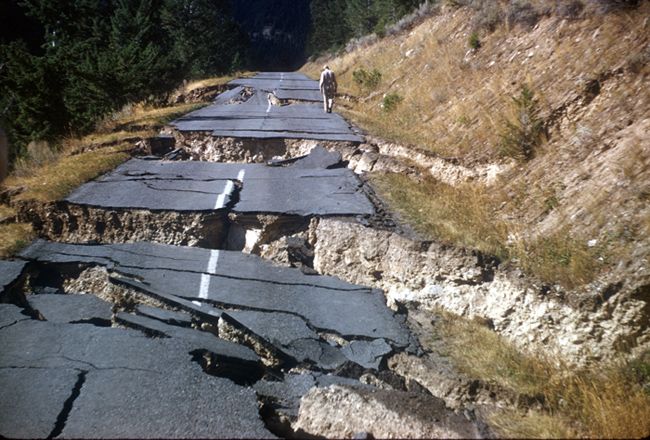 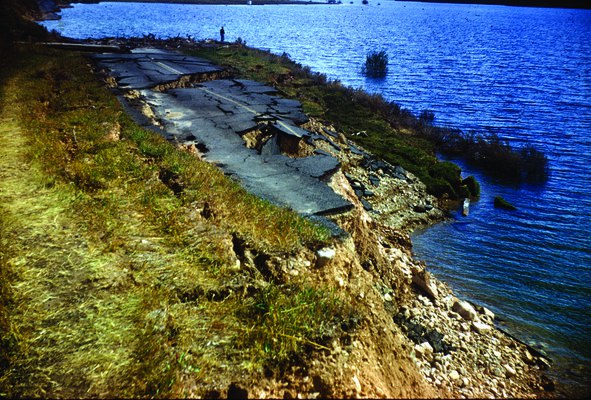 The convergence of landslide dam Hebgen located upstream of the Madison river, was covered with large cracks. To prevent another mudslide formed during the appearance of the lake, was a large-scale mobilization of U.S. army corps of engineers is the largest in the history of the Western United States. Urgently built drain allowed us to eliminate the cracks and to stop another disaster. 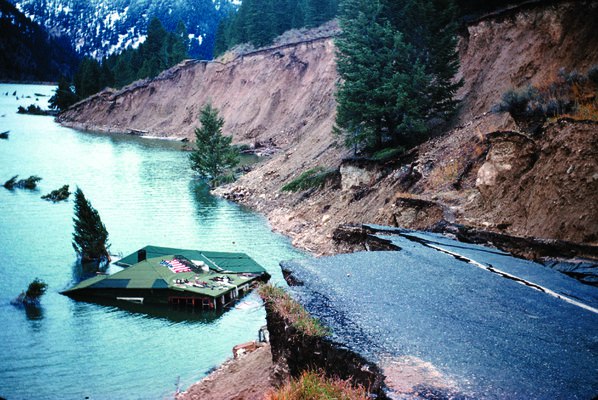 After the earthquake, within a few months the Western part of Yellowstone shook with earthquakes up to 6.5 Richter scale. Over time, the lake Kuyek overgrown with lush vegetation and blend in with the landscape of Montana. Today, its maximum depth is 58 meters.