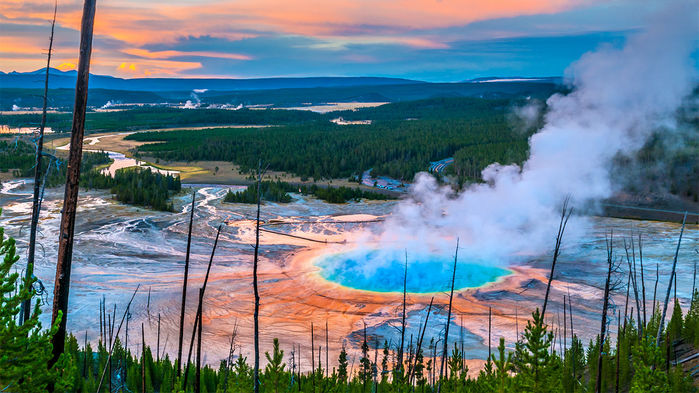 About 630,000 years ago, a super volcano under the Yellowstone National Park in Wyoming produced its last catastrophic eruption, forming a caldera that covers almost the entire width of the park and covered the thickest layer of ash throughout North America.

But recent research has shown that Yellowstone, erupted twice in 270 years, is evidenced by new data from ancient mud deposits found off the coast of Santa Barbara, California.

New data was presented yesterday at the annual meeting of the Geological Society of America. Researchers say most of the evidence of Yellowstone eruption is on dry land in thick layers of densified, weathered rock that could easily hide a double eruption.

Both layers of tephra also coincide with a sharp decrease in temperature by 3 ° C, in accordance with the records of the oxygen isotope core and petrified plankton, each episode lasting 100 or more years.

If this is confirmed, the study may indicate that Yellowstone can accumulate strength for new eruptions much faster than previously thought, and that the traditional views on the volcanic winter, the cooling period caused by the reflecting drops and ash of the volcano, can not explain why a century-old winter occurred just after the eruption of the super volcano.