Yellowstone may explode sooner than expected 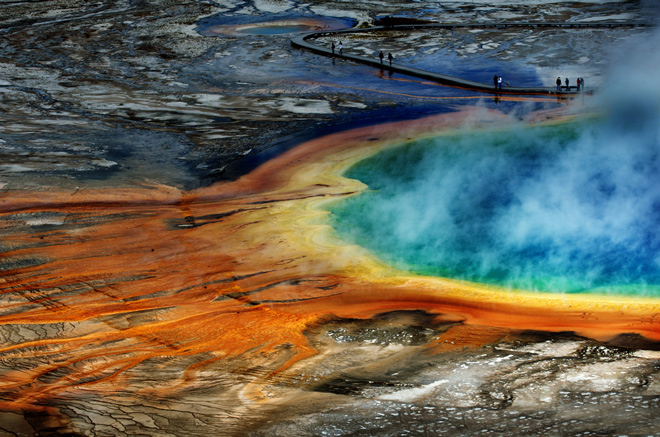 A giant volcano under the Yellowstone National Park may explode sooner than expected, say scientists who are exploring the place.

Analysis of minerals in fossilized ash showed that during previous eruptions, changes in temperature on the eve of the explosion occurred much faster than previously thought.

A powerful eruption occurred about 630,000 years ago, shaking the region and creating the Yellowstone caldera – a depression 65 km wide, which covers most of the park.

The volcano is so large that a strong eruption can “strangle” the Earth’s atmosphere with ashes.

Researchers from the Arizona State University (USA) analyzed the evidence of the eruption and believe that the superwolk woke up after two streams of fresh magma poured into the tank under the pulpit.

Although the eruption of the volcano can lead to horrific consequences, if it explodes, do not worry yet. The new data show that the temperature in the vicinity of the volcano increased for decades before the eruption, and not over the centuries, as previously thought.

So, what happens if the volcano explodes tomorrow? Depending on the scale of the eruption, the volcano can cover large parts of the US with dangerous ash. The Earth’s atmosphere will probably be filled with the same ash. Ashes in the atmosphere will cool the Earth, which will pose a threat to all life on the planet.