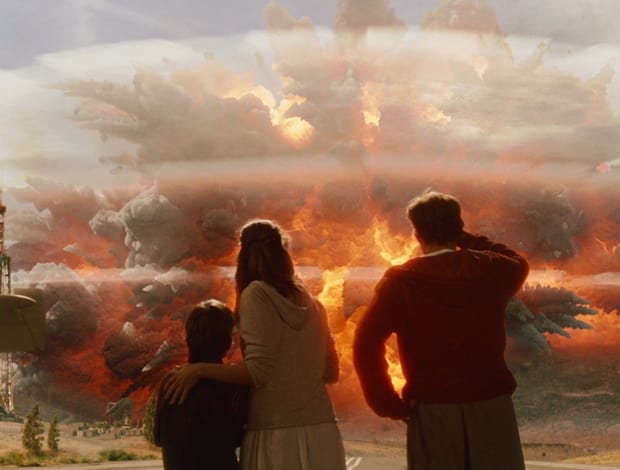 After analyzing the minerals of fossil ash from the latest super-eruption, scientists from the University of Arizona came to the conclusion that the last time the superwolk woke up after two infusions of fresh magma, which swam into the reservoir under the caldera. If the super volcano beneath Yellowstone erupts again, we will have much less preparation time than we thought.

Minerals have shown that critical changes in temperature and composition have been accumulating for some several decades. But until now, geologists have believed that to implement such a transition supervolcan needs centuries.

A 2013 study showed that the reservoir with magma feeding the super volcano is about two and a half times larger than the previous estimates showed. Scientists also believe that the reservoir is dried after every powerful explosion, so they thought that he needed a lot of time to recover. However, a new study has shown that magma can be updated extremely quickly – and the volcano can explode in the shortest, by the standards of geologists, timing.

“It’s amazing how little time is needed for the volcanic system to move from a calm state to an eruption,” co-author Hanna Shamlu told the New York Times.

Still, Yellowstone is one of the most watched volcanoes in the world, says Michael Poland, the current member of the observatory observing the Yellowstone volcano for the US Geological Survey. A variety of sensors and satellites are constantly looking for changes. Now the super volcano does not seem to pose a threat.

“We always see something interesting, but did not see anything that could lead us to believe that some magmatic event described by scientists really did take place,” says Poland. He also notes that this study is still damp, but very interesting.

The new article adds to the number of surprises that scientists have found in the last few years, studying the super volcano.

Today, the Yellowstone National Park owes much to its brutal past with its rich geological beauty. Miracles such as the geyser The Old Chaperone or the Great Prismatic Spring are products of geothermal activity still boiling under the park, and it in turn owes a huge magma train that feeds the super volcano.

About 630,000 years ago, a powerful eruption shocked the region, spewing 240 cubic miles of stones and ash and creating the Yellowstone caldera, a volcanic 60-kilometer-wide rift in which most of the national park was laid.

The eruption also left behind Lava Creek Tuff, ash deposition, which Shamlu and her colleagues at the University of Arizona studied carefully. The results of the study were presented in August at a meeting of volcanologists in Oregon. An early version of its report was presented by a pair of scientists in 2016 at a meeting of the American Geophysical Union.

Scientists believe that the volcano has experienced at least two eruptions of this magnitude over the past few million years. Fortunately for Americans, the super volcano has been mostly asleep since the first people arrived in America. Small shaking and earthquakes periodically flooded the caldera with lava and ash; the latter happened about 70,000 years ago.

In 2011, scientists found that the earth above the magma chamber swelled by 10 inches in the last 7 years. This is an extraordinary rise, because it covers a large area and occurs quickly enough, says Bob Smith of the University of Utah, an expert on the Yellowstone volcano.

Smith says that the swelling magma reservoir, which is responsible for the elevation, was too deep to create fears of the imminent death of all living things within the radius of the volcano; on the contrary, the mild “breath” of the caldera provided scientists with valuable information about the behavior of the super volcano.

In 2012 another group of scientists reported that at least one of the past super-eruptions could be represented by two events. Consequently, such large-scale events can be more frequent than they thought.

Almost everyone who studies the dormant Yellowstone super volcano is confident that we now have no idea when the next major eruption will occur. If we underestimate the speed of the volcano’s warming up, then it can happen in the next ten to twenty years.