Yellowstone volcanism is much more complex and dynamic than previously thought 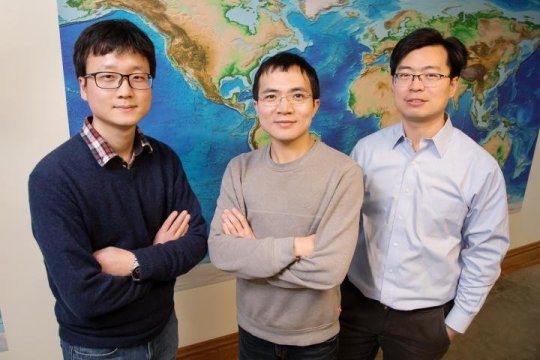 Recent stories in the national media have heightened concerns about the catastrophic eruption of the Yellowstone volcanic region, but scientists are still unsure of the likelihood of such an event. To better understand the geological geology of the region, the University of Illinois geologists turned over and reproduced part of their geological history, discovering that Yellowstone volcanism is much more complex and dynamic than previously thought.

“The heat required for volcanism usually occurs in areas where tectonic plates are encountered, and one plate of the shell or subducts beneath another. However, Yellowstone and other volcanic areas of the interior western regions of the United States are far from the active boundaries of the slab along the west coast, “said Lijun Liu, a geology professor who led the new study. “In these internal cases, it is suspected that a deeply rooted heat source, known as a mantle plume, controls the melting of the crust and surface volcanism.”

In a new study published in the journal Nature Geosciences, Liu and the graduate students Quan Zhou and Jiashun Hu used a technique called seismic tomography to look deep into the western part of the United States and combine the geological history behind volcanism. Using supercomputers, the team conducted various tectonic scenarios to observe a number of possible geological histories for the western US over the past 20 million years. Efforts have little support for the traditional hypothesis of the mantle plume.

“Our goal is to develop a model that corresponds to what we see both below and on the surface today,” Zhou said. “We call this hybrid geodynamic model, because most of the early models either start with the initial condition, or move forward, or start with the current conditions and move back. Our model does both, which gives us more control over the corresponding processes of the mantle. ”

One of the many variables that the team entered into their model was heat. The hot material of the subsurface layer – for example, in a mantle plume – must rise vertically to the surface, but this is not what the researchers saw in their models.

“It seems that the mantle plume under the western US plunges deeper into the Earth in time, which seems contradictory,” Liu said. “This suggests that something closer to the surface – an oceanic plate that originates from the western tectonic boundary – prevents the rise of the plume.”

According to the researchers, the mantle plume hypothesis has been controversial for many years, and new data supplement the evidence of the revised tectonic scenario.

“The steady result from these models is that the heat source behind the extensive internal volcanism actually came from a shallow oceanic mantle west of the Pacific Northwest Coast,” Liu said. “This directly challenges the traditional view that much of the heat came from the plume below Yellowstone.”

“In the end, we hope to consider chemical data from volcanic rocks in our model,” Zhou said. “This will help us further limit the source of magma, because rocks from deep mantle plumes and near-surface tectonic plates may have different chemical elements.”

As for the probability of the violent death of Yellowstone, which is happening in the near future, the researchers say it’s still too early to know.

“Of course, our model can not predict specific future super-eruptions. However, looking back at 20 million years of history, we do not see anything that makes today’s Yellowstone area particularly special – at least not enough to make us suspect that it can do something different from the past when there were a lot of catastrophic eruptions “Said Liu. “More importantly, this work will give us a better understanding of some mysterious processes on Earth, which will help us better understand the consequences of plate tectonics, including the mechanism of earthquakes and volcanoes.”