Yorkshire county in Great Britain filled up with hail 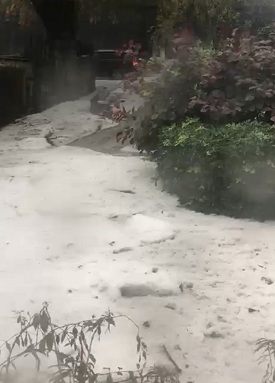 Heavy rain on Thursday evening was accompanied by a large amount of hail falling asleep in parts of Yorkshire. Gisley, Beildon and Otley were particularly hard hit by the hail.

The storms, which began at about 4:00 pm BST, hit most of the region, with lightning striking for several hours. The hail was reportedly up to 2.5 cm in diameter, making it difficult for drivers.

A supercell is a severe thunderstorm caused by a change in wind speed and direction.

BBC forecaster Billy Payne said: “We don’t see supercells very often in the UK – they are more common in the Great Plains of the United States, where they can spawn powerful tornadoes and sometimes hail.”

People living in Bayldon, Gisley, Otley and Menston have shared images of hailstones a few centimeters in diameter on social media.

BBC Look North presenter Charlotte Leaming, who lives near Leeds, said she had never experienced such a storm, as “the house shook with thunder and the roads were covered with white carpets of ice.”

Leslie Potter, who lives in Beildon near Bradford, said: “It was terrible and I have never experienced such a strong hail that coincided with thunder and lightning.”

Payne added that the UK has seen a “real shift” in the past few days into fall, with Atlantic low pressure systems sweeping away high temperatures since the start of the week.

“In particular, over the last 24 hours we have seen a low pressure area over the southern half of the UK,” he said. 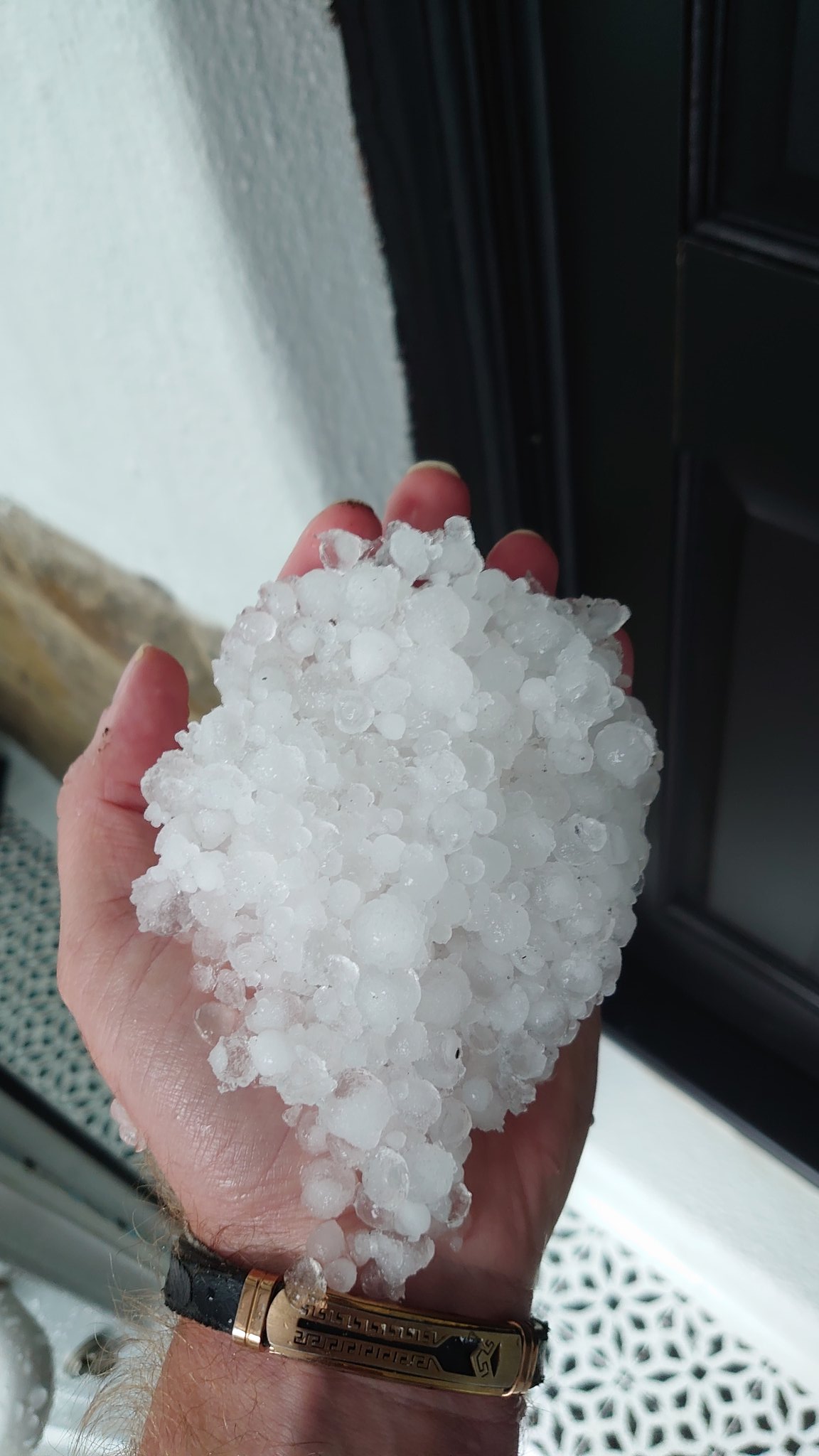 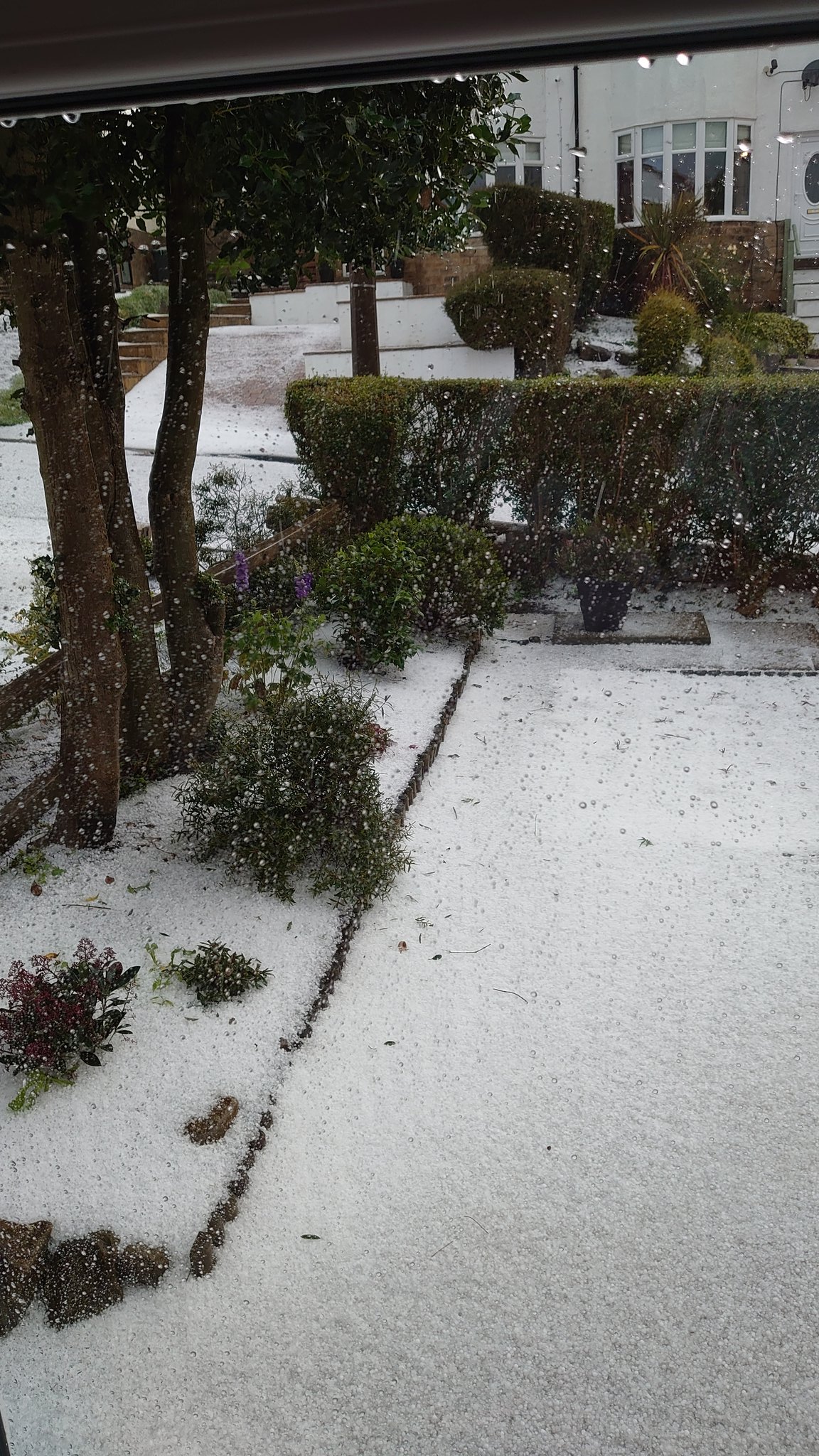 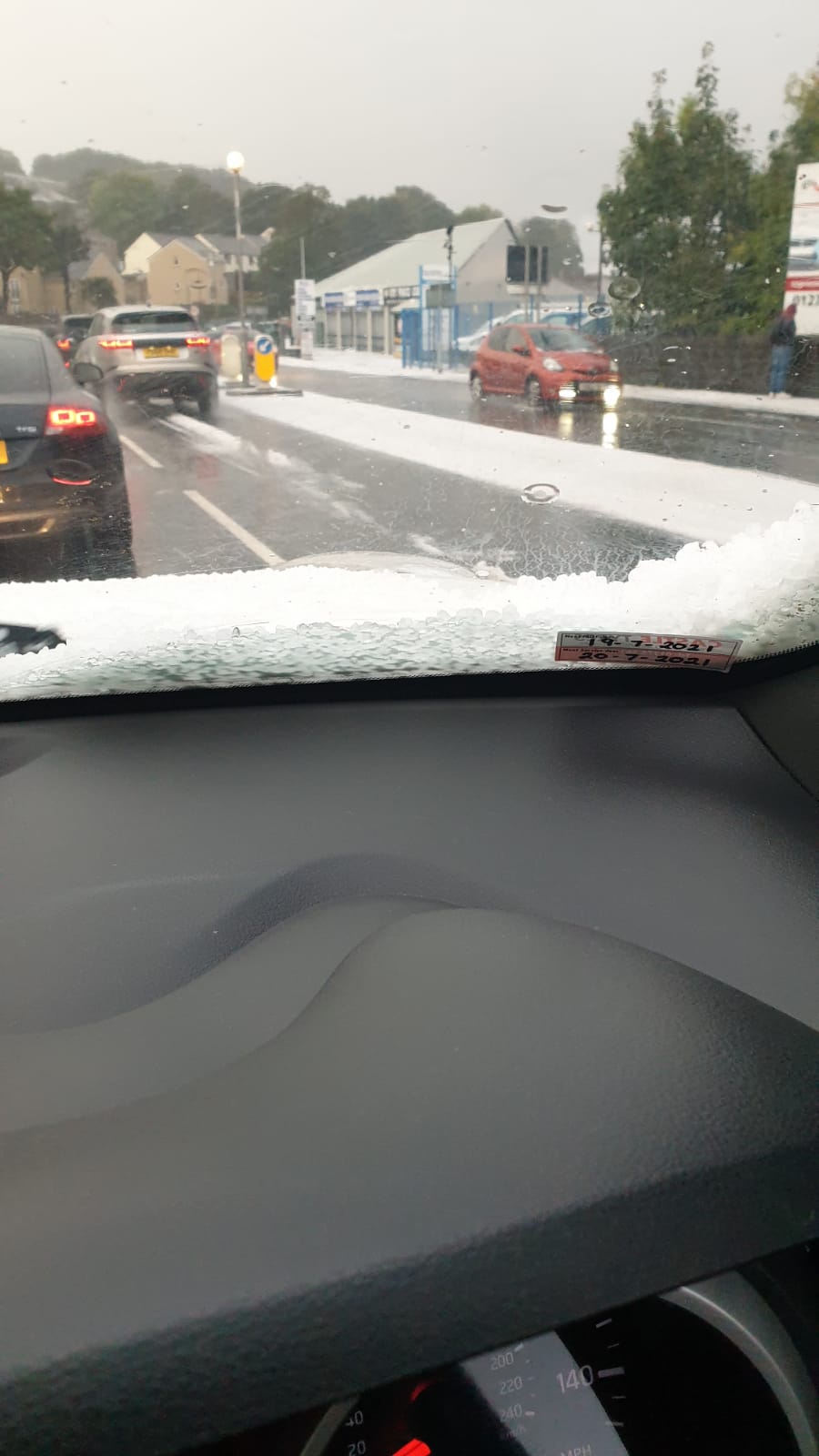 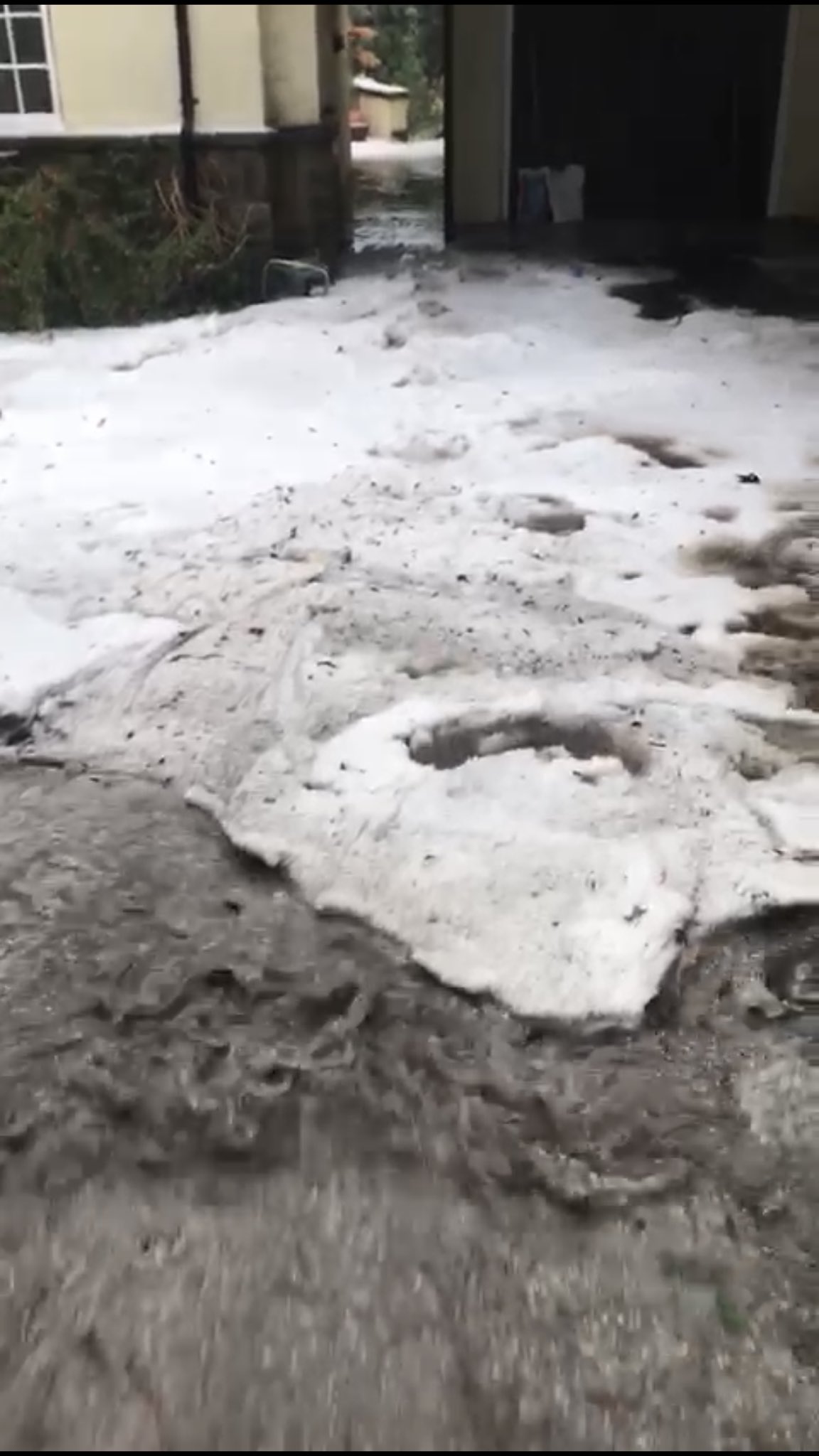 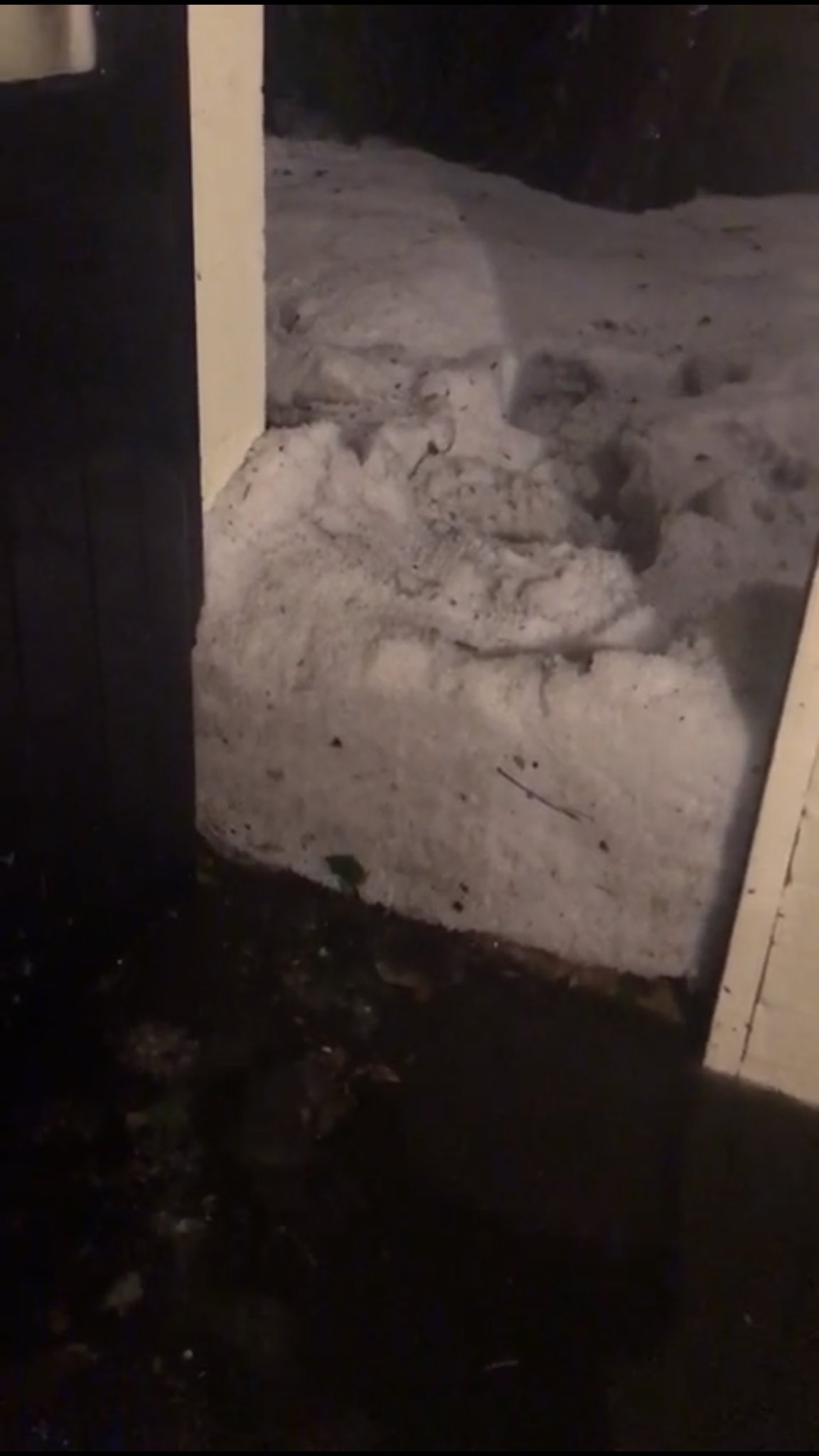 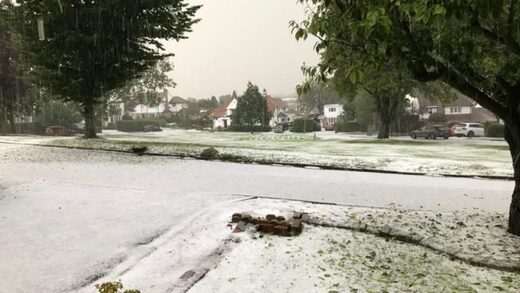