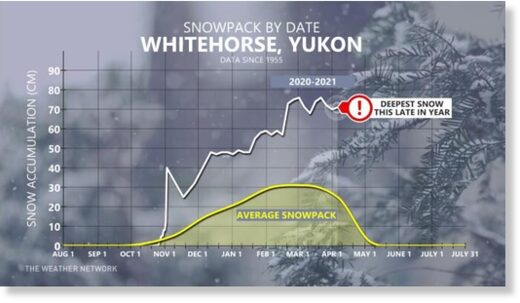 The past winter became incredibly snowy for the Yukon – snow fell 300% above normal. As of April 5 in Whitehorse, 70 cm of snow; for a city with a population of 25,000, this is an absolutely record amount of snow.

For reference, the snow cover is usually about 30 cm of snow, and by the end of April the snow base is noticeably reduced to almost zero. 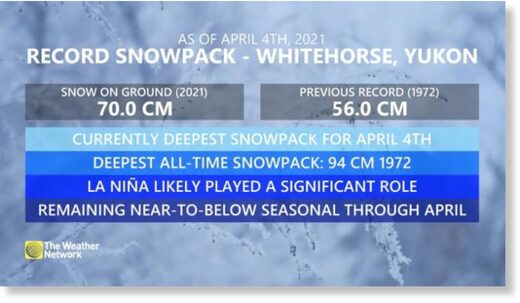 This weekend, Alaska and parts of northern Canada will be invaded by a wave of Arctic cold. Anchorage is predicted to have the coldest temperature of the season – which is extremely rare for April.

Temperatures are expected to be below -20 ° C by Saturday morning.