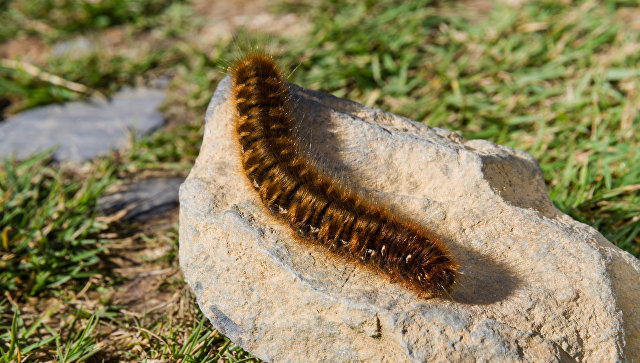 In the UK, baculovirus has spread – an infectious agent that causes caterpillars to crawl to sunlight, where they die, and later “explode”, infecting other insects.

The zombie virus has infected caterpillars of the oak cocoon moth, which usually hide in the shade so that they are not noticed by the birds. The remains of insects were discovered by a specialist from the Wildlife Trust Chris Miller, who was engaged in shooting butterflies on camera.

According to Miller, what happens to caterpillars resembles horror films about zombies. Infection gradually dissolves the insect’s insides and thinens the integument. The sick insect creeps out in the sun. Even a weak mechanical action can lead to rupture of the skin, after which a fluid is released that infects other arthropods.

The Wildlife Trust has asked the British to report insects and other living things, such as snails creeping out into the sun, as they too can be infected.