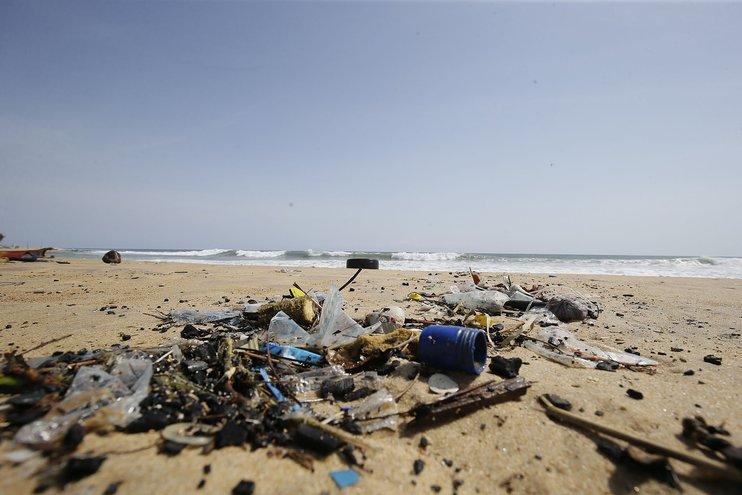 On the beaches of the tiny Cocos Islands (Keeling) in the Indian Ocean, whose population is about 600 people, scientists have discovered a staggering amount of garbage thrown onto the shore.

A new study, the results of which were published in the journal Nature, showed that plastic waste weighing 238 tons was found on the Cocos Islands, one of the most remote places on Earth.

Trash volume indicates a rapid increase in global pollution of the oceans with plastic and “underlines the alarming trend in the production and disposal of disposable goods”.

Lead author Jennifer Levers of the Institute for Marine and Antarctic Research at the University of Tasmania notes that remote islands with a small population are the most effective indicator of the amount of plastic debris floating in the oceans.

The study showed that the amount of garbage buried at a depth of 10 cm under the beach is 26 times more than the visible amount. Previous studies that evaluated only surface wastes could “significantly underestimate the extent of accumulation of garbage.”

“Cocos Islands (Keeling) are advertised as Australia’s last untouched paradise, and tourism is the main source of income for the local community. However, the impact of garbage on tourism and beaches is becoming harder to avoid,” scientists said.

According to them, items such as shoes and toothbrushes were found in such large numbers that the local population would need about 4 thousand years to produce the same amount of waste.

“Unfortunately, the situation on the Cocos Islands (Keeling) is not unique: a significant amount of garbage is recorded on islands and in coastal areas from the Arctic to the Antarctic. Together, these islands and coastal areas reflect the acute symptoms of a rapidly growing environmental hazard,” the researchers warned.