758 million inhabitants of the Earth are illiterate 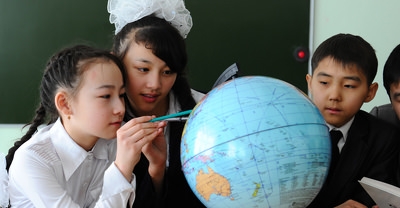 Not less than 758 million adult inhabitants of the planet are illiterate, most of them are women. Such statistics of the United Nations educational, scientific and cultural organization (UNESCO).

UNESCO Director-General Irina Bokova noted that the number of children not attending school reaches in the world no less than 263 million people. A third of them – children in conflict areas.

“A growing number of attacks on schools. Statistics shows that the probability of non-attendance at school refugee children increases five times,” – said the head of the organization.

“The biggest burden fell to the lot of girls and women. Located in the most disadvantaged girls from Africa South of the Sahara will be able to go to school only in 2086, if you do not change the approach,” – said the head of the organization.

UNESCO proposes to put education in the first place: “the Necessary rupture with past trends, especially in countries with low and middle incomes, to use the potential of knowledge in all spheres”.