8 most terrible places on Earth

Where is the entrance to Hell? Why do Scottish dogs regularly take scores with life? What is Puppet Forest famous for? We tell about the most creepy and mysterious corners of our planet. 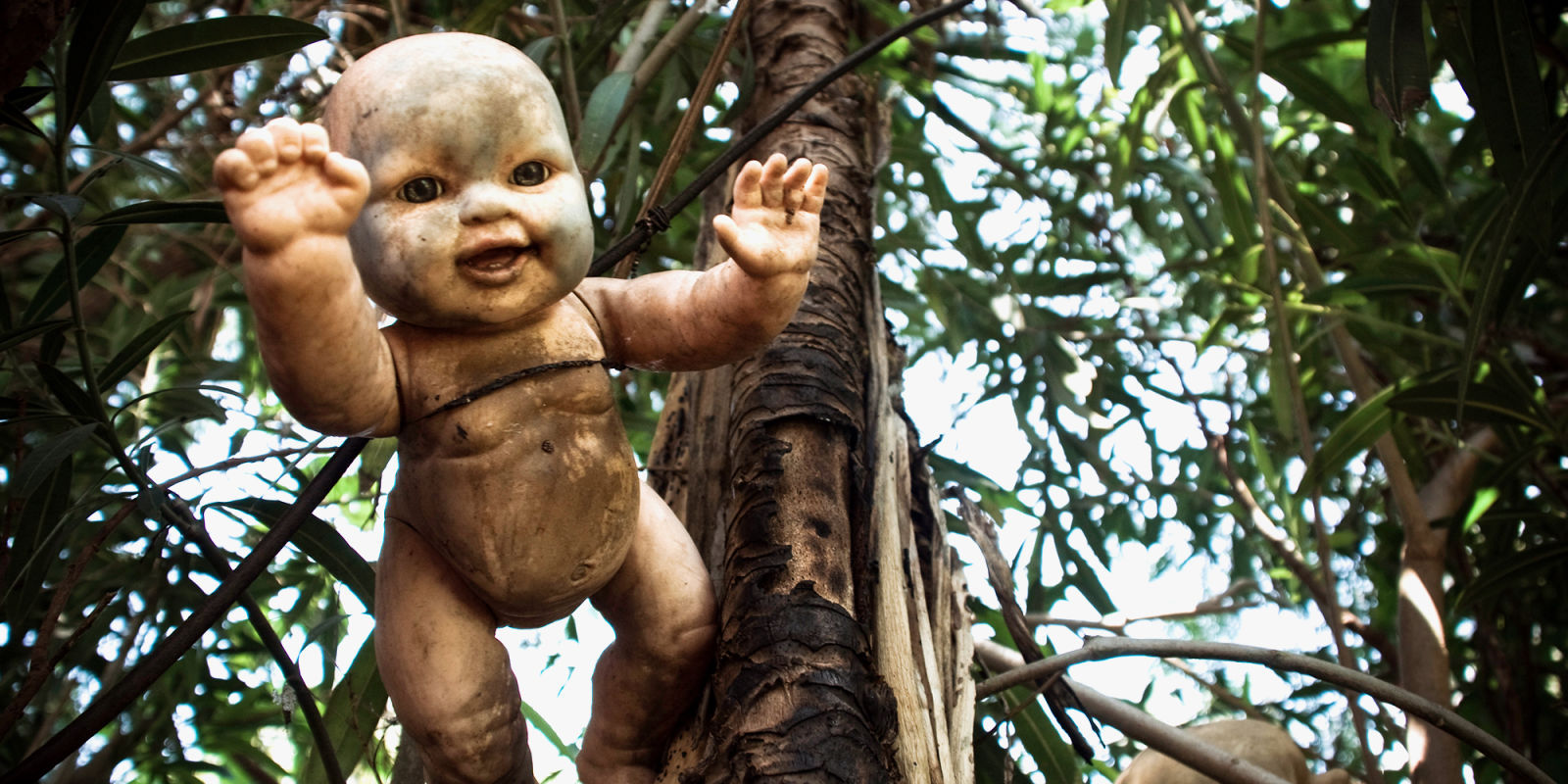 Along the canals in the vicinity of Sochimilko, to the south of Mexico City, there are numerous Chinampas – artificial floating islands erected by the peoples of pre-Columbian Mesoamerica for agricultural work. One of them is literally covered with many old dolls and their separate limbs – heads, arms and legs. According to legend, Don Julian Santana Barrera, the watchman of the island, once discovered that a small girl was drowned in one of the canals of the island. To express her respect for the deceased and smooth out the guilt for not being able to save the child, the watchman hung a doll that floated along the water following the girl on one of the trees. Over the next 50 years, he hung out more and more dolls on the trees, believing that the girl’s spirit was following him.

The life of Julian Barrera ended tragically: he was found dead in the same place on the river as the girl’s corpse half a century ago. Decapitated, disemboweled puppet bodies and plastic parts of bodies are still hanging on the branches of trees, terrifying the curious tourists. 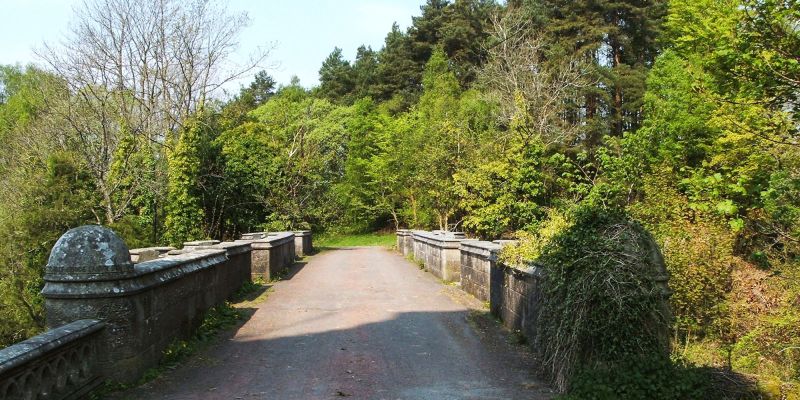 Overton Bridge is a pedestrian bridge located in the Scottish district of West Dumbartonshire. It was named after the nearby Overton mansion and became famous in the 60’s due to very strange circumstances. Such scenic spots often become a popular suicide site, but no one expected that suicides in this case would be … dogs. Since 1951, about once a month a dog jumps from the bridge, and such a jump from a steep slope into a stormy river Overton Bourne usually ends in a fatal outcome. In some cases, the dogs survived, but after the recovery they still jumped from the bridge repeatedly and broke up. It is noteworthy that the place for a dog jump is the same – between the last two spans on the right side of the bridge.

The real entrance to the Underworld is located near the town of Dervze, Alakh region. It looks like a huge crater in the middle of the Karakum Desert, which for 40 years, day and night, spews flames. However, there is no mysticism here. In 1971, Soviet scientists incorrectly laid a methane well, which caused the destruction of the drilling platform. As a result, a crater formed, and the mixture of methane and air contained in it was decided to ignite. Strangely enough, the gas reserves were so great that the crater burns to this day. 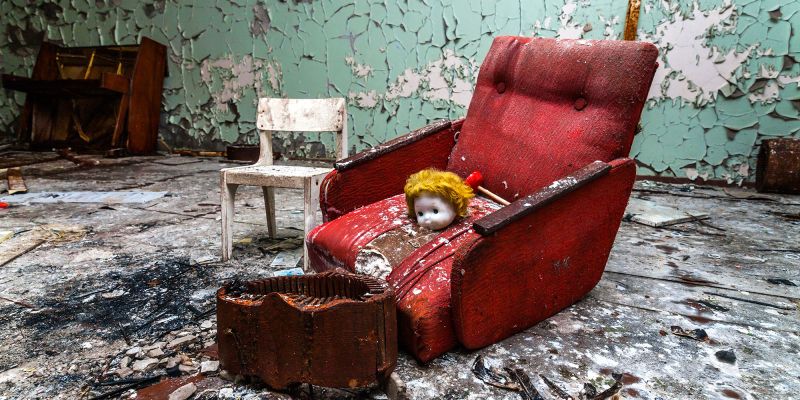 Speaking about the most terrible places in the world, we can not fail to mention the “dead” city of Pripyat, evacuated the day after the Chernobyl disaster. The picturesque place, where once lived 50 000 people, has been abandoned for two decades. The city still has a radioactive background, but it is low enough that made Pripyat a pilgrimage site for stalkers and tourists from all over the world. 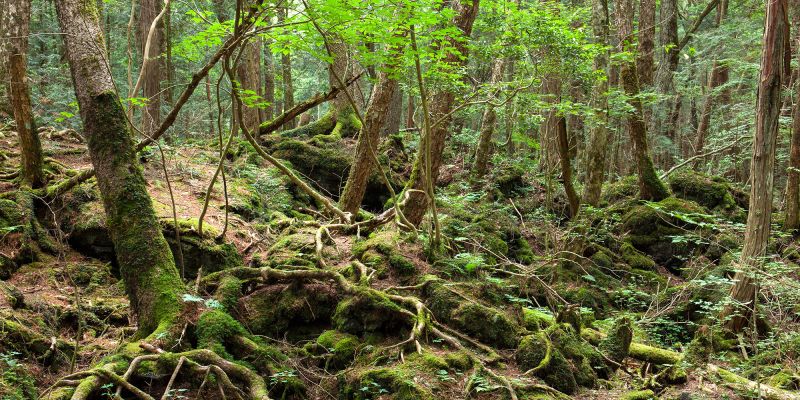 The Japanese forest of Aokigahara has risen and blossomed thanks to hundreds of people who come to this quiet place from around the world to commit suicide. In the forest, you can find many abandoned tents: some prefer to spend a few days face to face with nature, before breaking off their lives. In Japan, even there is a special brigade, which regularly traverses the forest in search of new corpses. 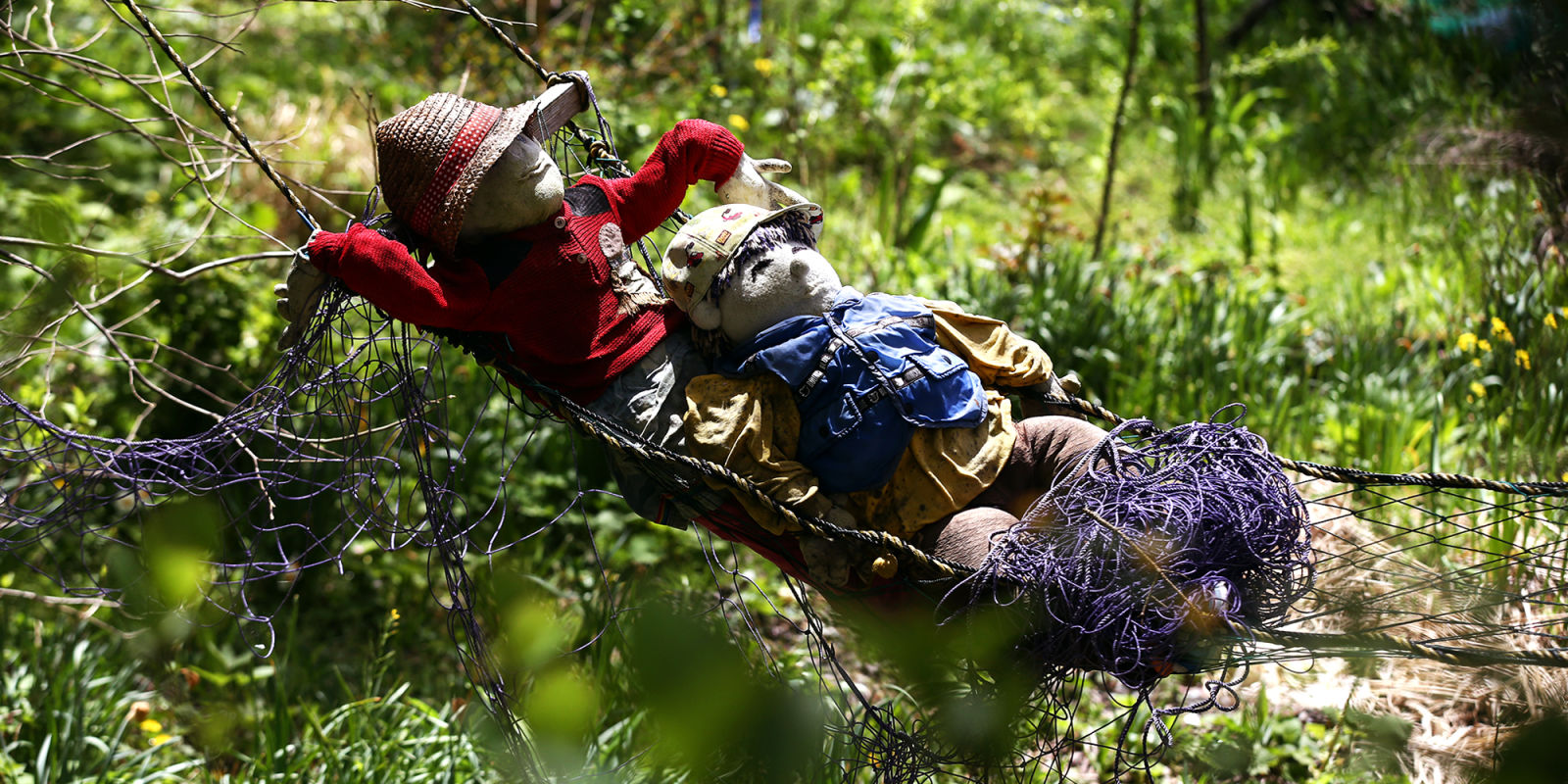 If little dolls in Mexico do not scare you, how about dolls in human growth? The population of the town of Nagoro consists of people and anthropomorphic full-sized dolls, the latter exceeding the first number. Each doll was made by the local artisan Tsukimi Ayano and copies one who stayed in the village or just passed by. Dolls are randomly scattered throughout the city and can pretty much frighten an unsuspecting tourist. 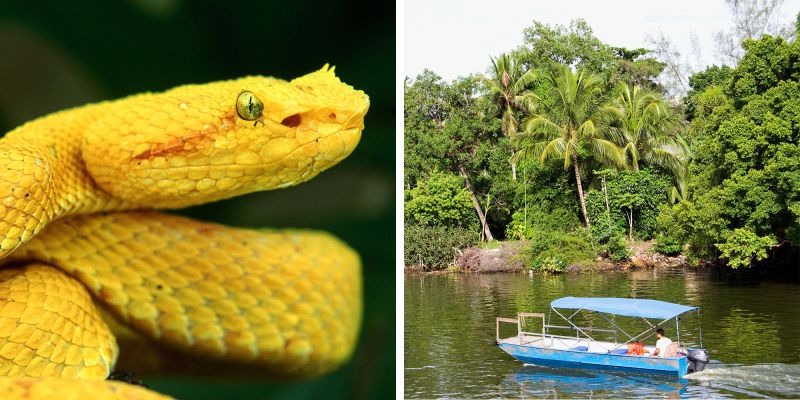 The island of snakes in São Paulo boasts a huge number of poisonous reptiles. According to experts, it is home to about 5 gold vipers per square meter. The island itself separated from the mainland of Brazil 11,000 years ago, and the population of snakes was in geographical isolation. Over time, they became more and more, and the animals themselves underwent evolutionary changes and became much more poisonous than before. 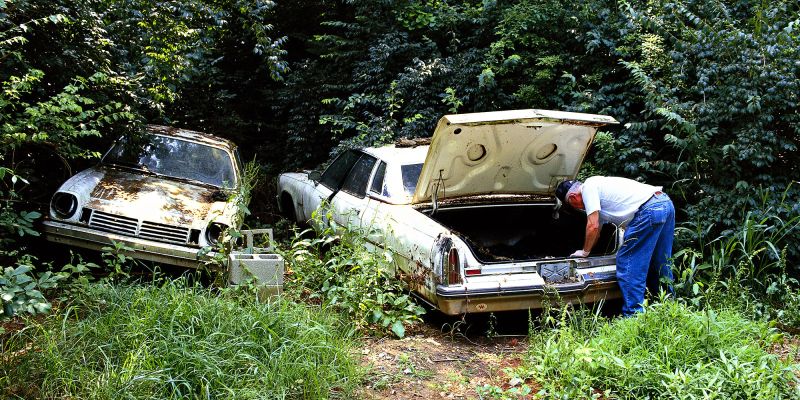 Despite the eerie name, this is not a maniac-cannibal site. Body Farm in Tennessee is a year-round research center at the local university, which gathers hundreds of bodies from around the world. Remains and even individual organs come here as donations and for scientific examination – scientists not only study the anatomy, but also help criminologists. Unfortunately, this territory is closed to visitors without special permission, but the very fact that there is a huge storehouse for fresh human remains in the world causes many nervous tremors.