A huge iceberg in the Ross Sea 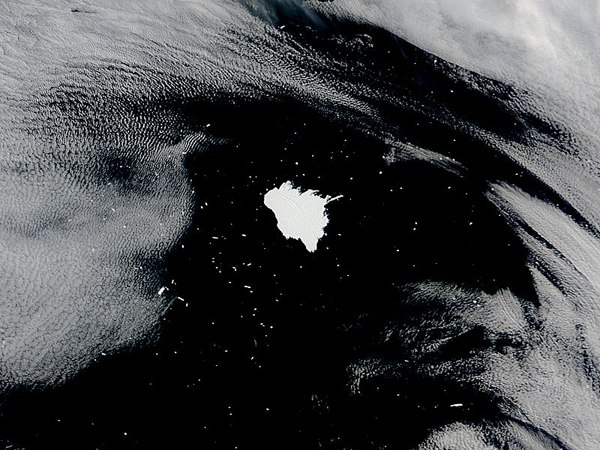 In March, summer still continues in Antarctica. Due to long sunny days, the temperature often rises to 10 degrees Celsius. The sea ice reaches a minimum, and the area of ​​the ice-free ocean reaches its maximum, freeing the icebergs from winter captivity, allowing them to travel with the currents of the Southern Ocean.

March 2, 2017 The spectrometer (MODIS) installed on the NASA Terra satellite passed over the Ross Sea and recorded the image of the B30 iceberg drifting in the open ocean. The image is made in the visible spectrum.

According to the US National Ice Center, on March 3, the Ice B30 was 73 ° 38’S. And 155 ° 21’W.The iceberg is huge, 48 by 34 kilometers! It’s more than half of Rhode Island and 10 times more than Washington. Well and if to compare with the Russian cities the area of ​​an iceberg surpasses the second largest city – St.-Petersburg!