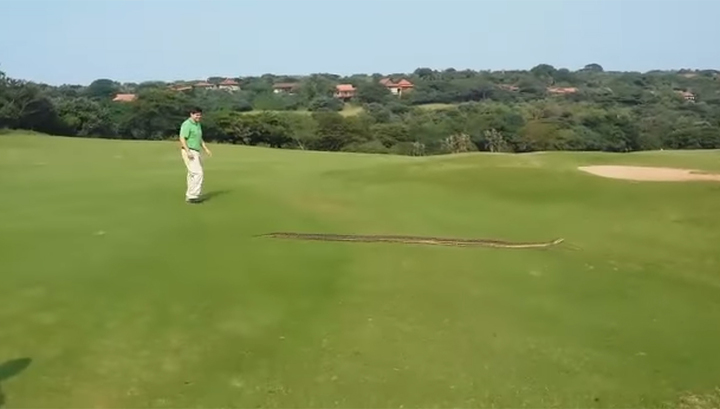 In South Africa, on the golf course, a four-meter python crawled out right during the game.

The reptile was spotted in the area of ​​the eighth hole at the Zimbali Golf Club in KwaZulu-Natal province on the east coast of the country. Not paying any attention to the players, the python began to cross the field on the grass, reports the Daily Mail. When one of the golfers tried to touch the reptile by the tail, she jerked away.

According to the director of the club Kayla Kaitano, who removed the reptile on video, the staff already noticed a python near the pond in the golf course area, but to see it in broad daylight is a rarity.

Despite its size, pythons rarely attack people and are not poisonous.