A new island appeared on the coast of the USA 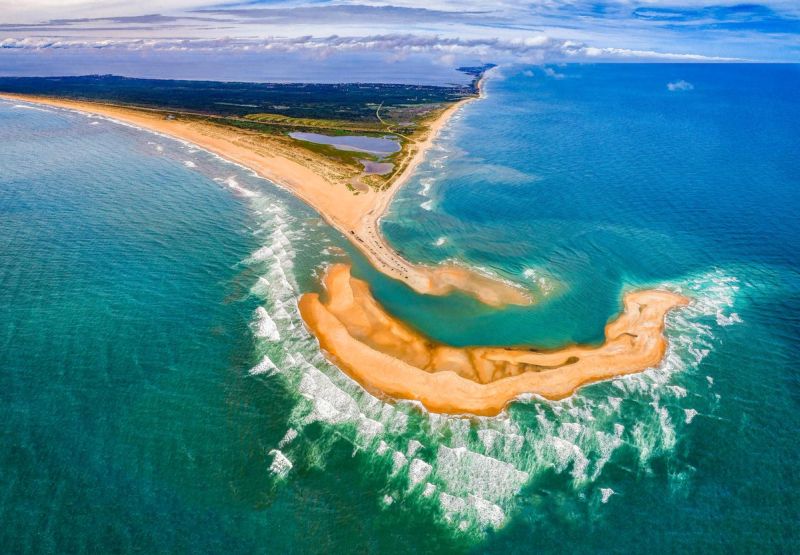 It emerged from nowhere in April, right off the coast of North Carolina’s Outer Banks – a new mass of land sailing through the waves, an entirely new island in the Atlantic Ocean.

Along the dynamic strip of the sea, where the cold, southward flow of the Labrador flows into the warm waters of the Gulf Stream, often patches of earth appear and disappear quickly. Here is one of the most turbulent parts of the ocean in North America, a shallow region swirling from the tides, hidden chalk and stiff winds, known to sailors as the Cemetery of the Atlantic.

But even for this place a new landscape education is a rarity. The crescent shaped crescent is almost 1.6 km long. At the widest point, this island reaches the size of a football field.

“Every 10-15 years there is something significant here. But this is the largest earth structure I’ve ever seen in my entire life, “says Danny Couch, a local historian, guide and resident of the nearby island of Hatteras.

The appearance of this new island attracts attention from shore to shore. Experts warn that he is surrounded by dangerous currents. Through its sands are visible whale bones and fragments of shipwrecks. Beautiful seashells dot the beaches. Waves separating the island from the public beach of Cape Hatteras brought to the sand tiger sharks and mantes the size of a car roof.

For people who understand the transitional nature of this place, the future fate of the island is predetermined. This mass of land can disappear with the next storm, and can stay for a while – but not for long.

Experts are sure that the new island, some called the island of Shelley, will definitely disappear from the face of the Earth for a year.