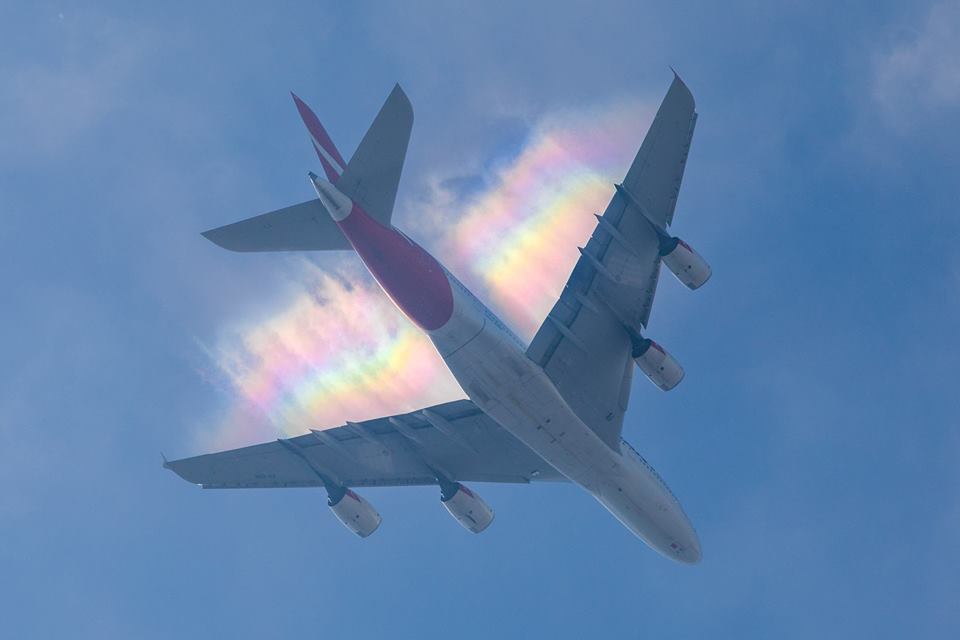 A magnificent series of photographs shows rainbow condensation trails that stretch behind the aircraft landing at London’s Heathrow Airport. Pictures were taken from the ground when the plane flew over the photographer’s house in South London.

A delightful rainbow effect occurs when sunlight comes in contact with the frozen particles of water vapor that stretch behind the aircraft. The rays are reflected at different angles, resulting in a chic multi-colored “fan”. You can see the phenomenon only at a special altitude of the flying plane and the right angle of view of the observer.

30-year-old photographer Adam Gray noticed a strange optical illusion while in his garden, and managed to photograph it.

“I just came home from work and took photographs of condensation following planes that landed at Heathrow,” the photographer says. – I noticed that when the planes were flying at certain angles, the condensation trails became bright and colored. This happened more often with larger planes than with small ones. I had no idea what I was seeing, so I turned to Google for an explanation. ”

The phenomenon is formed when sunlight hits the condensation track of an airplane – clouds of water vapor and soot particles that throw out the engines.

White condensation traces often dissipate in a few minutes, but sometimes they can hang in the sky for hours. Water particles form a wide “tail” of millions of ice crystals. Crystals come in different sizes and shapes. Different sizes of droplets have different optical properties and when interacting with sunlight produce a variety of colors. When the rays enter the crystal, they are refracted at different angles, giving the condensation trail a bright spectrum of colors. 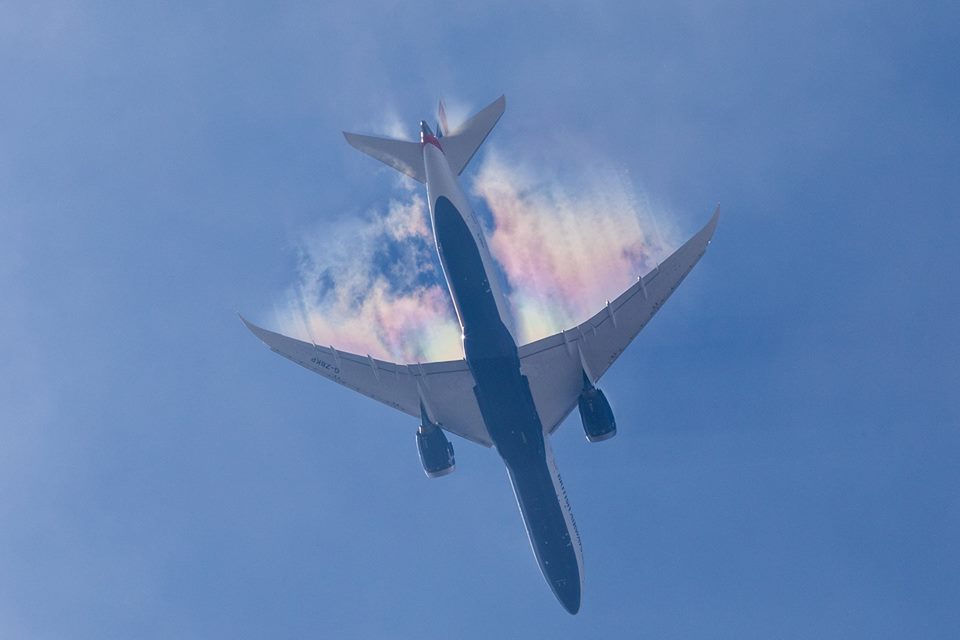 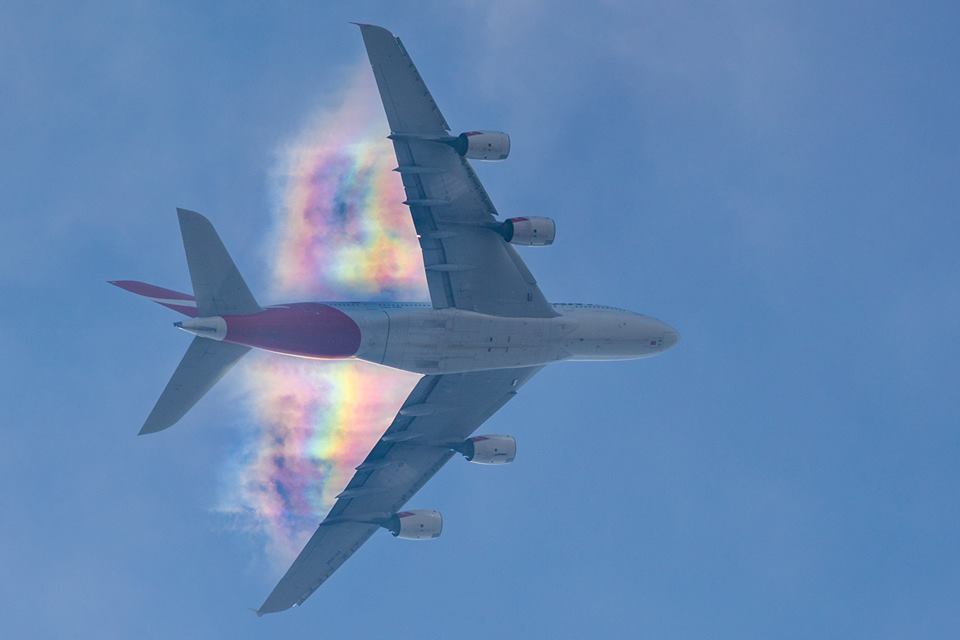 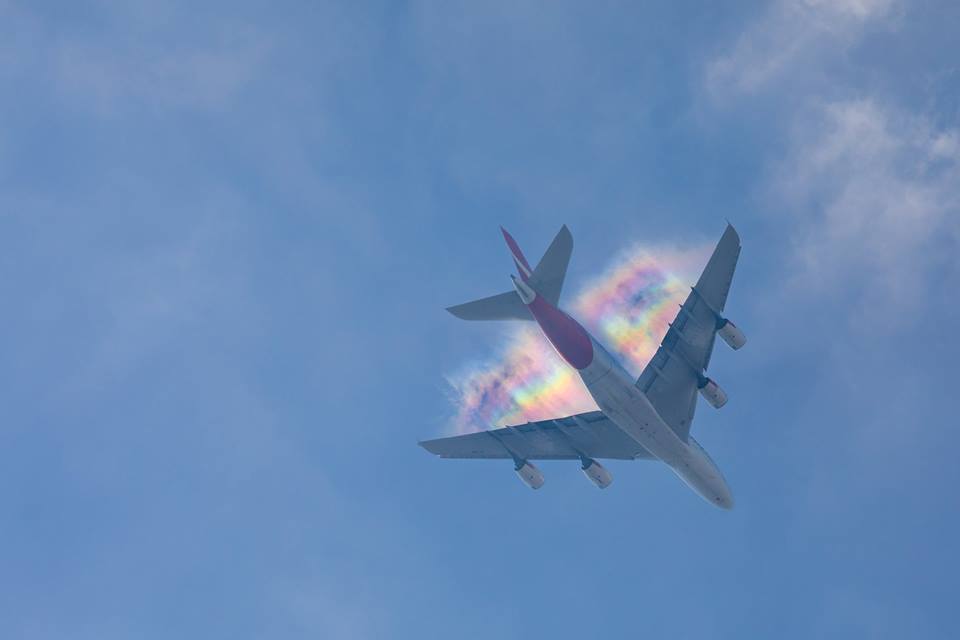