A resident of Thailand died under the feet of wild elephants 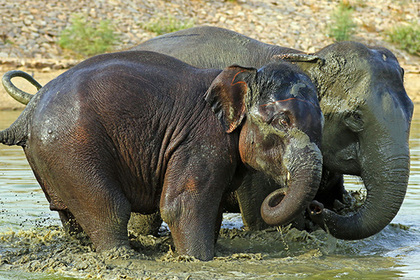 A resident of the province Yala went to work in the fields, when he was surrounded by five elephants and began to trample on it.

On the body of a 40-year-old Thai, multiple injuries to the back and head were found. The policeman, who arrived at the scene, admitted that he heard the rustle of bushes, in which the animals remained.

According to the Thai Elephant Conservation Center, the population of wild elephants has declined significantly: in 1850 there were about 100 thousand individuals, whereas currently there are only 2.7 thousand in Thailand. In the last few decades, these animals have been forced to change habitats closer to humans due to deforestation. This led to frequent clashes, especially with rural residents.

Despite the fact that wild elephants are protected by the state, they are often killed. They also become victims of poachers or violent domestication – cases when locals catch them for earnings on tourists.