A starfish was caught at an unusual dinner 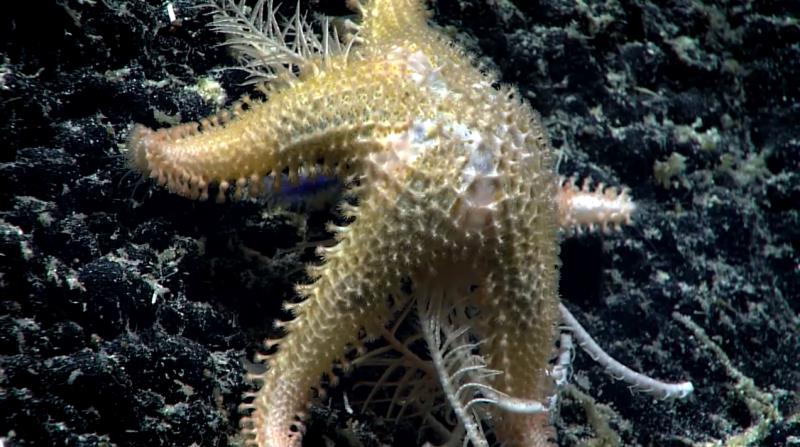 Members of the crew of the research ship Okeanos Explorer, which is now floating in the Pacific Ocean, during one of the dives, filmed a starfish at an unusual meal: she chewed a crinoid, or sea lily, an animal type of echinoderms resembling a plant.

Most of the starfish are carnivorous. Invertebrates use their limbs – the rays – to open the shells of oysters and other mollusks. Discovering the prey, the starfish wraps her limbs, sucked to it and with the help of muscle tension, opens the doors.

As the researchers emphasize, the crinoid, that is, the “brother” -the ebb-eaters – is an uncharacteristic meal for the starfish.

“Honestly, there (in the crinoids) there is nothing to eat,” the biologists are surprised. “It’s interesting to know if this choice was accidental.”

During previous studies, Okeanos Explorer crews were able to capture deep-sea fish that “walks” along the ocean floor, a ghost octopus, a jellyfish, a sea star and others. In addition to shooting unusual underwater moments, the Okeanos expedition is part of a three-year campaign to study science, technology and underwater life in the remote Pacific islands.