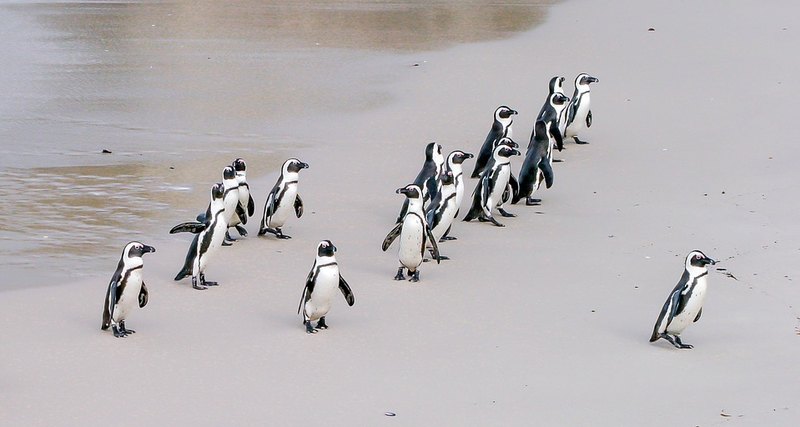 Researchers have photographed the process of hunting spectacled, or African, penguins and confirmed the assumption that these sea birds are grouped in packs to hunt more efficiently.

Previously, it was assumed that African penguins hunted in packs, but the idea remained unconfirmed. To determine whether this is so, Alistair McInnes of Nelson Mandela Metropolitan University, South Africa, together with colleagues attached the cameras to 12 seabirds.

In most swimmers, African penguins hunted singly, caught one fish, but sometimes they combined to get “big” prey. Birds drove the schools of fish upward, into massive mobile tangles: the fish, trying to swim, stood out from the group, which made them easy prey. Probably because of the feathers of the penguins – black behind and white in front – the fish found it difficult to see how they are picked up from below.

Researchers analyzed the effectiveness of seabird hunting. It turned out that when hunting in packs, animals were 2.7 times more efficient than singly.

African penguins are threatened with extinction: their population in the wild has fallen by 60 percent since the 1970s.