Alligators and sharks hunt each other 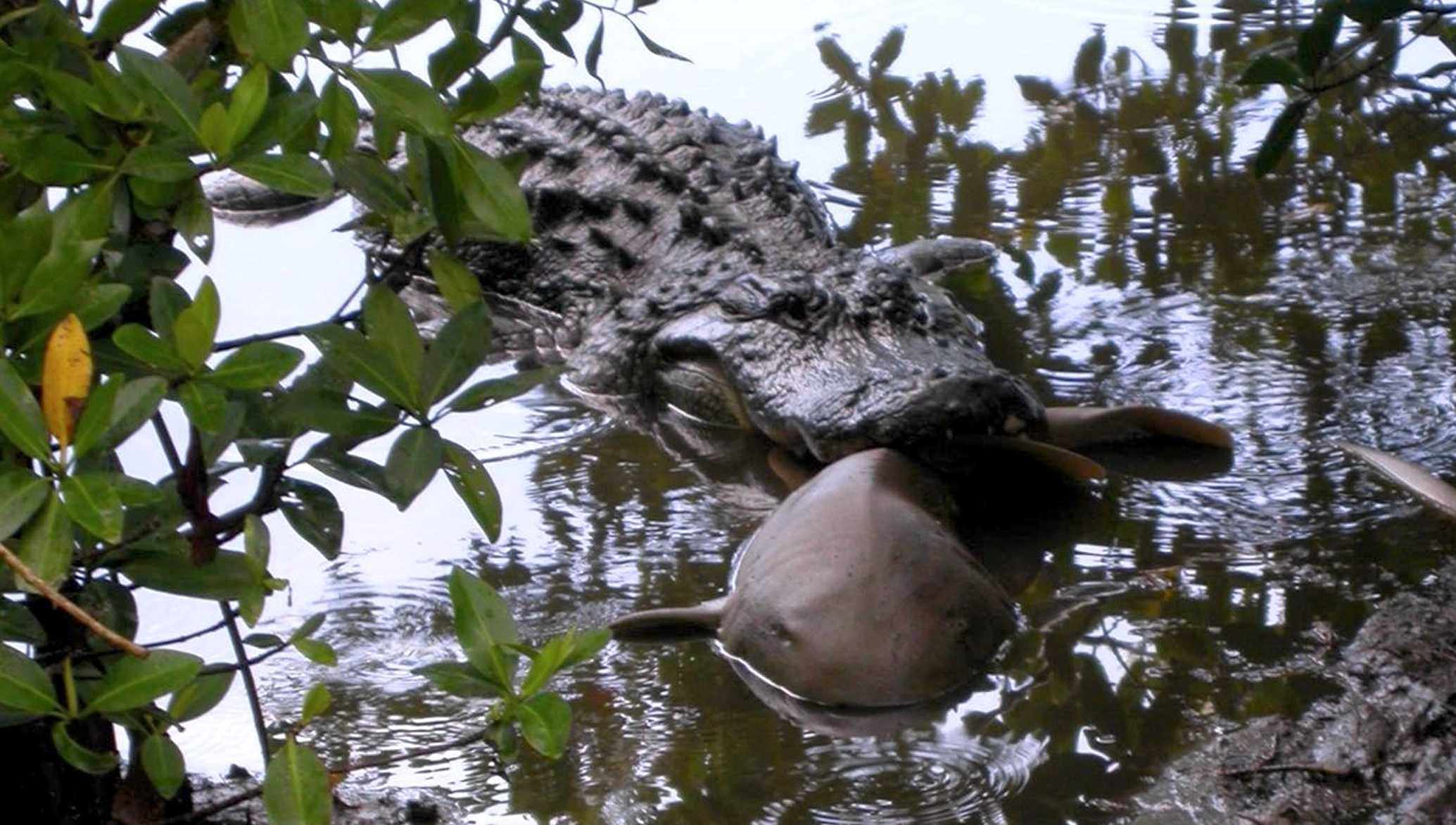 Alligator mississippiensis American alligators reach four or more meters in length and live in freshwater reservoirs in the southeastern United States. They are exceptionally strong, numerous and indiscriminate in their food, feeding on fish and birds, turtles, mammals and molluscs.

A recent study by biologists from the University of Kansas, James Nifong (James Nifong) and Russell Lowers (Russell Lowers) showed that the Mississippi alligators now and then attack even sharks. In an article published by the magazine Southeastern Naturalist, scientists talk about an unusual and not too pleasant experiment, during which about 500 live alligators who lived on the Atlantic coast were caught and samples of the contents of their stomachs were obtained.

In addition to the expected remains of fish and small mammals, the authors defined in it skates (not previously considered food for crocodiles) and at least four species of sharks. It is worth noting that both are closely related relatives, forming a subclass of lamellar cartilaginous fishes.

In general, American alligators are freshwater animals, and sharks are marine, but fish are quite capable of climbing the estuaries a certain distance, meeting with toothy reptiles. For some time, the alligators themselves can go out to sea, especially when heavy rains make the water below the mouth less salty.

This was confirmed by the field experiment conducted by Kansas biologists: placing GPS-beacons on alligators, they recorded permanent transitions of animals between fresh beds and estuaries full of almost “saltwater” sea. It is here that local sharks prefer to breed, and here meetings of two cruel predators can occur quite often.

The score between alligators and sharks was equal: it was shown that both can hunt and eat the enemy. All determine the population dynamics and the case: “If a small shark comes across an alligator and the alligator feels that he can overcome it, then he will attack,” says James Nifong. “However, we also read some old evidence about sharks eating not too large alligators.”

Scientists refer to a number of historical evidence and observations – in particular, to the note “The Battle of Alligators with Sharks,” which was published in Florida in 1877. Then the flood brought huge masses of fish, and about 500 reptiles attacked it. Blood attracted sharks: as soon as the wind was changed and the alligators were in more salty water, they immediately rushed to attack.